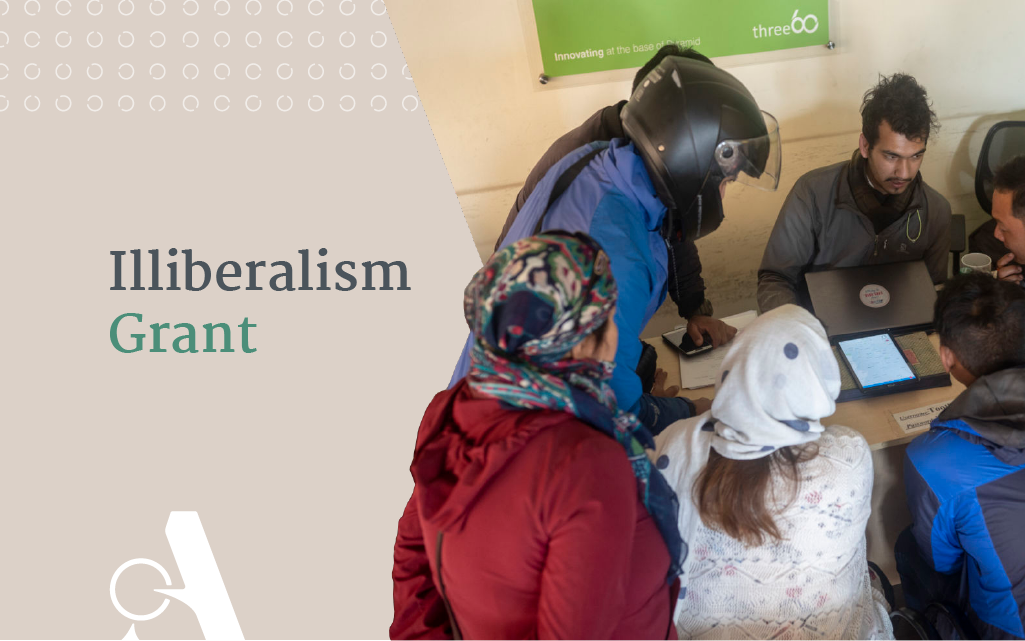 The world is witnessing an authoritarian populist surge. Our challenge is not only to protect civil and economic rights, but also to counter a global movement that actively reject these values.

Competitive proposals must demonstrate sophisticated, wide-reaching strategies to counter illiberal statist ideas and policies that usually manifest in the form of:

Atlas Network is not endowed and accepts no government funding, so its capacity to give is restricted by its own fundraising success. Support is typically awarded in amounts less than $10,000 and rarely exceeds $20,000. Both international and United States partners are eligible.

We favor organizations who participate in the Atlas Network Academy and, in particular, those who have completed Think Tank Fundamentals and Think Tank Theory & Practice, which are both free online courses offered within the Academy.

Questions? Contact Hane.Crevelari@atlasnetwork.org. Our Institute Relations team is always happy to provide feedback on grant applications before they are submitted.

We Invite Your Organization to First Apply to Become an Atlas Network Partner prior to submitting a grant proposal.