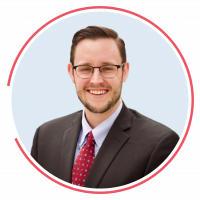 Associate Director of Marketing and Communications

AJ first joined Atlas Network in 2016. He attended the University of Miami (FL) with a semester abroad at Charles University in Prague and where he graduated summa cum laude with a bachelor's degree in history and political science. He is currently an MBA candidate at the University of Chicago Booth School of Business. In his role as associate director of marketing and communications, he helps to craft and facilitate Atlas Network's public relations and media engagement strategy, previously facilitating the organization's content strategy across email, web, print, video, and social media platforms. His commentaries have been published by RealClearMarkets, the Atlantic Council, and FEE.org. He is managing Atlas Network’s photojournalism and film project for its Dignity Unbound initiative, which features real stories of individuals who are the downstream beneficiaries of liberalizing reforms successfully championed by Atlas Network’s most effective partners in Africa, Asia, Europe, Latin America, and North America. He is a graduate of three professional development programs with the Charles Koch Institute and a recipient of the Illinois State Society Scholarship for his time working for Congressman Randy Hultgren (IL-14). Originally from the northwest suburbs of Chicago, he currently resides in Arlington, Virginia.

He is a member of the inaugural Millennial Cohort of American Enterprise Institute's Leadership Network.