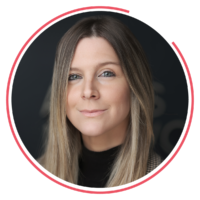 Antonella Marty is the Associate Director of Public and Influencer Relations on the marketing and communications team at Atlas Network as well as a Fellow for Atlas Network's Center for Latin America.

Hailing from Rosario, Argentina, Antonella completed degrees in International Relations and Political Science from 2009 and 2011 in 2013 and 2015, respectively. Currently, she is the host of the Center for Latin America podcast Hablemos Libertad and author of the Atlas Network book Capitalism: Antidote to Poverty (2019), as well as three others: The Intellectual Populist Dictatorship (2015), What Every Revolutionary of the 21st Century Should Know (2018), and The Liberal Handbook (2021). She has been published in respected media outlets on behalf of Atlas Network more than 200 times and speaks four languages, including Italian, English, Spanish, and Russian.

Antonella lives in Argentina with Mía, her beagle, and enjoys reading, playing the drums, and traveling in her spare time