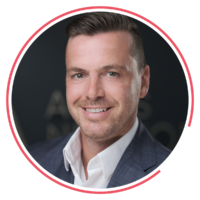 Chad started his career in Washington, DC in public affairs, where he worked in strategy development, grassroots management, coalition building, and strategic communications for Fortune 500 corporations and trade organizations. He spent years working on behalf of children and families as an advocate for school choice and used his expertise to elect legislators who prioritized educational innovation and competition. One of those visionary legislators was Michigan Representative Justin Amash, whose successful congressional campaign Chad managed in 2010.

Chad holds a B.S. in Political Science from Calvin College in Grand Rapids, Michigan. From their home base in Orlando, Florida, Chad, his wife Mardy, and their two adorable children travel, learn, and discover the beauty and wonder of the world. The Goote family also works together as advocates against human trafficking, and they open their home as host parents to children in need.