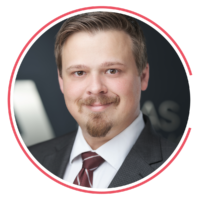 Dustin Howard serves as the Atlas Network's Donor Communications Manager. In this role, Dustin tells the story of Atlas’ 500+ global partners, while maintaining and building new giving relationships along the way. This includes providing our supporters with regular updates on important partner achievements and keeping supporters updated on the profound impact they’re having on the worldwide freedom movement.

Dustin joined Atlas Network in 2022. Prior to that, he worked in Development at the Heritage Foundation, where he managed online cultivation efforts. Dustin has been active in non-profit, right-of-center causes since 2012. He loves his church, history, and struggles with his irreverent sense of humor. A native son of the Ozarks, he resides with his wife and two young children on a quiet hilltop in the Commonwealth of Virginia.