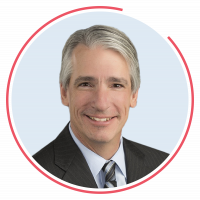 In 2018, the Illinois Policy Institute and Liberty Justice Center shared the Bob Williams Award for “Biggest Win” in recognition of the U.S. Supreme Court victory in Janus v. AFSCME. The case overturned a 41-year-old precedent and restored the First Amendment rights of 5 million workers nationwide. John’s success has become a model for liberty-focused organizations across the country. John is frequently asked to consult with other nonprofits on fundraising, leadership, marketing, and organizational strategy. In 2011, John won the State Policy Network’s prestigious Roe Award for his leadership, innovation, and accomplishments in the world of public policy. This annual award pays tribute to those in the state-based public policy movement whose achievements have greatly advanced the free-market philosophy.