The grass (and housing) is greener on the other side 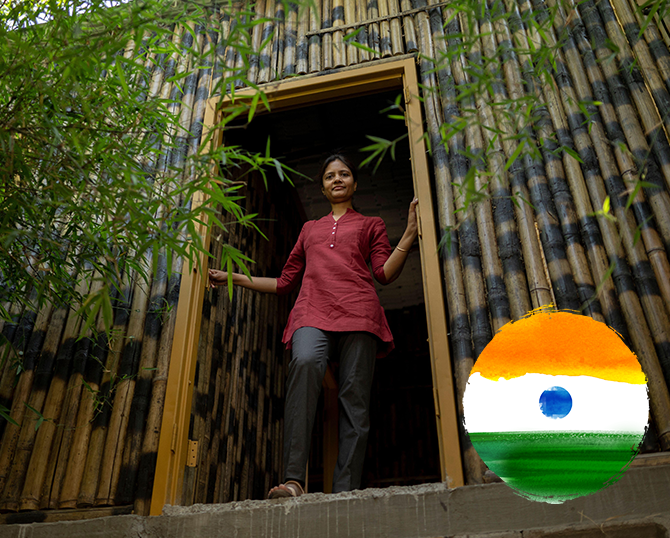 Bamboo grows quickly—almost too quickly. It’s environmentally friendly, and it has myriad uses. It represents an accessible, affordable, and immediate solution to many of India’s housing problems. Rekha Dey recognized bamboo’s potential and dreamed of becoming an entrepreneur on the cutting edge of this potential industry. A single word stood in her way—legally, bamboo was a tree. Luckily, Rekha was not alone.

An outdated colonial law last updated in 1925 classified bamboo as a tree instead of a grass. The regulatory structure surrounding this distinction severely limited the potential of bamboo to be used in construction settings. Rekha’s dream could not even get off the ground.

Rekha Dey had entrepreneurial skills, not political connections. She saw herself running a business, not navigating regulatory hurdles. Her idea had the potential to provide jobs while providing housing—both in high demand in India. She needed help to cut the red tape. That’s where Centre for Civil Society (CCS) comes in.

A partner of Atlas Network, CCS works to identify and remove systematic barriers to the innovation that can alleviate poverty. The New Delhi-based non-profit knew what policies needed to change to continue India’s long march toward liberalization. Among several reforms they spearheaded to increase the ease of doing business in India, CCS launched a research and education campaign called “Bamboo is not a tree.” Supported by US$150,000 in grants and awards, they worked to raise awareness among both policymakers and the public about the facts—both about bamboo and what it meant for entrepreneurs like Rekha.

Their project was a success. The law was changed and bamboo was reclassified as a grass. Rekha has realized her dream, and Tanjun Wonder Bamboo Enterprises provides affordable, environmentally friendly housing for Indians while giving jobs to the residents of villages near her work.

Her innovation has not only improved her own life, but the lives of her employees and each family that purchases a bamboo home. This would not have been possible without reforming old laws that hindered people from reaching their full potential. That work is ongoing, but Centre for Civil Society and hundreds of organizations like them work every day to make a difference.