A test of our creed 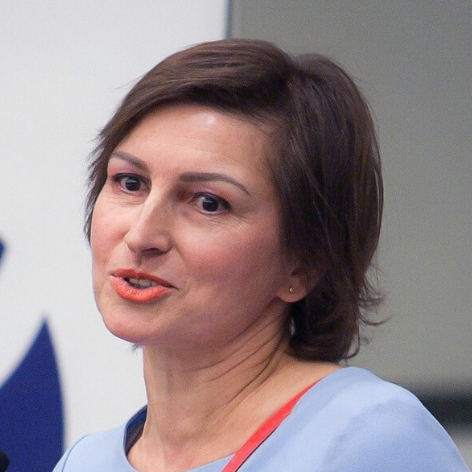 First, it is the ability of think tanks to look into the future when governments get immersed in routine. On March 3rd, (before the virus broke out in the region), I called on the authorities to take urgent financial and tax measures and prepare to deal with a crisis during a meeting on tax issues convened by Lithuania’s President Nauseda. Our recommendations were to defer tax payments, not to freeze bank accounts of businesses that were unable to meet their tax and social security liabilities, and to work out a budget reduction plan. Lessons had to be drawn from the 2009 financial crisis.

Ironically, or perhaps symbolically, other participants in the meeting focused on the routine tackling of tax optimization and revenue shortfalls, while anchoring the future in new restrictions, penalties and tax hikes. It was not until nine days later that those in power turned their gaze towards looming economic problems.

Second, it is the power of think tanks to take prompt action and pre-empt problems. It was Friday, March 13th. A wave of disruptions in supply and sales was already sweeping across some industries. Taxes were due on March 15th. People expected immediate decisions rather than debates. LFMI issued an address to the government calling for urgent changes to the tax payment procedures. It was like an action movie: After the weekend, on Monday March 15th, bank accounts would be automatically frozen for those unable to pay taxes, which basically meant bringing them to a halt. A chain reaction would follow and affect everyone (this was what happened in 2009).

The Cabinet worked through the weekend, and the much needed decisions were adopted literally overnight. Tax deferrals were allowed and automatic freezing of bank accounts was suspended. The first victory was won.

Third, it is the mission of think tanks to steer the inert state machinery to change its course. The first governmental responses to the emerging challenges were expedient. However, the whole state apparatus, legislature and government agencies continue to make their way on the public spending and regulatory journey. In a memorandum addressed to the President, the Speaker of the Parliament, the Prime Minister and the Cabinet, LFMI called for replacing this inertia with an anti-crisis survival strategy. Based on our careful analysis of the parliamentary spring session agenda, we pointed out all planned legislative initiatives and already adopted bills that ran counter to the challenges of this moment and required time and resources the country and its people could not afford now. We urged the nation’s leaders to take prompt actions and revise the state budget in solidarity with its people who were already facing the challenge of onerous contraction. LFMI argued that spending cuts should be geared towards deregulation and discarding excessive government functions.

Fourth, it is the unique power of think tanks to prevent fear-driven short-sighted interventionist decisions. Proposals to regulate prices and supplies and to tighten employment regulation are already on the table, while the cure is in liberalization. We are explaining that people and the whole economy should be allowed to adapt to the new challenges, and that free prices are an indispensable tool in this process. In a position note to the Government of Lithuania LFMI opposed proposed bills to regulate wholesale and retail prices of goods of basic necessity and to impose restrictions on sales and supply. Explaining market spontaneity as opposed to state regulations is now in high demand by the media, so we are pairing our position notes with a stream of daily op-eds, commentaries and interviews.

Fifth, it is the onus of think tanks to warn the society against the pitfalls of financial stimulus. The European Union has unleashed decisions and advice about stimulus policies. With six months to go before the national elections, promises are being generously dispensed by the Lithuanian government too. They will most likely appeal to the panic-stricken society and may be applauded by business associations. Free market think-tanks are among the very few voices that can warn about the looming threats associated with financial stimulus.

Sixth, at a time when borders are being erected between countries, the power of our global think tank network is as important as ever before. Financial stimulus and other improvident government actions threaten to strike us like a global pandemic. Liberty-minded think-tanks across the globe can come together, even through erected barriers, to caution nations against the perilous loss of liberties. Today is a test of our creed.