Atlas Network’s Center for Asia & Oceania works with local civil society organizations across the region to replace conflict with harmonious and peaceful trade, poverty with prosperity, and arbitrary power with the rule of law.

The Center for Asia and Oceania was launched in December 2021 to cover one of the most politically, culturally and religiously diverse regions in the world and is home to 60% of the world’s population. It is a region that has a complex history with noted struggles in dealing with poverty, instability, and oppressive regimes. Most recently we have seen illiberal regimes in the region engage in oppression to an even greater degree as illustrated by the imprisonment of Hong Kong businessman and democracy advocate - Jimmy Lai, which was documented by Atlas Network’s CEO, Brad Lips, in his early 2021 WSJ op-ed.

Our more than 47 partners in the region are actively working to address the myriad of challenges to freedom, such as government responses to the COVID-19 pandemic that have disrupted both economies and private lives. In addition, these partners are removing cultural and policy barriers holding women back from receiving the same rights as men, creating incentives for conservation, reforming tax systems to be more fair and transparent, eliminating regulations and unnecessary requirements to run a micro/small business and much more.

While there are many barriers to peace and prosperity in the region, we remain optimistic as we know that liberal values are neither eastern nor western. They are human values and can be found in the Padma Purana, the Dhammapada, the Bible, the Qur’an, and other sacred texts of great religious and ethical traditions that have shaped cultures across Asia and Oceania.

Now in my sixth decade of actively promoting the cause of liberty, I’m thrilled to serve as the director of Atlas Network’s new Center for Asia and Oceania, bringing together ideas and strategies from all parts of this region and especially leaning on the expertise of our Center's Advisory Council, which will be formalized in the coming months. I invite you to engage with Atlas Network to discover the path forward and accelerate freedom in the region in 2022! 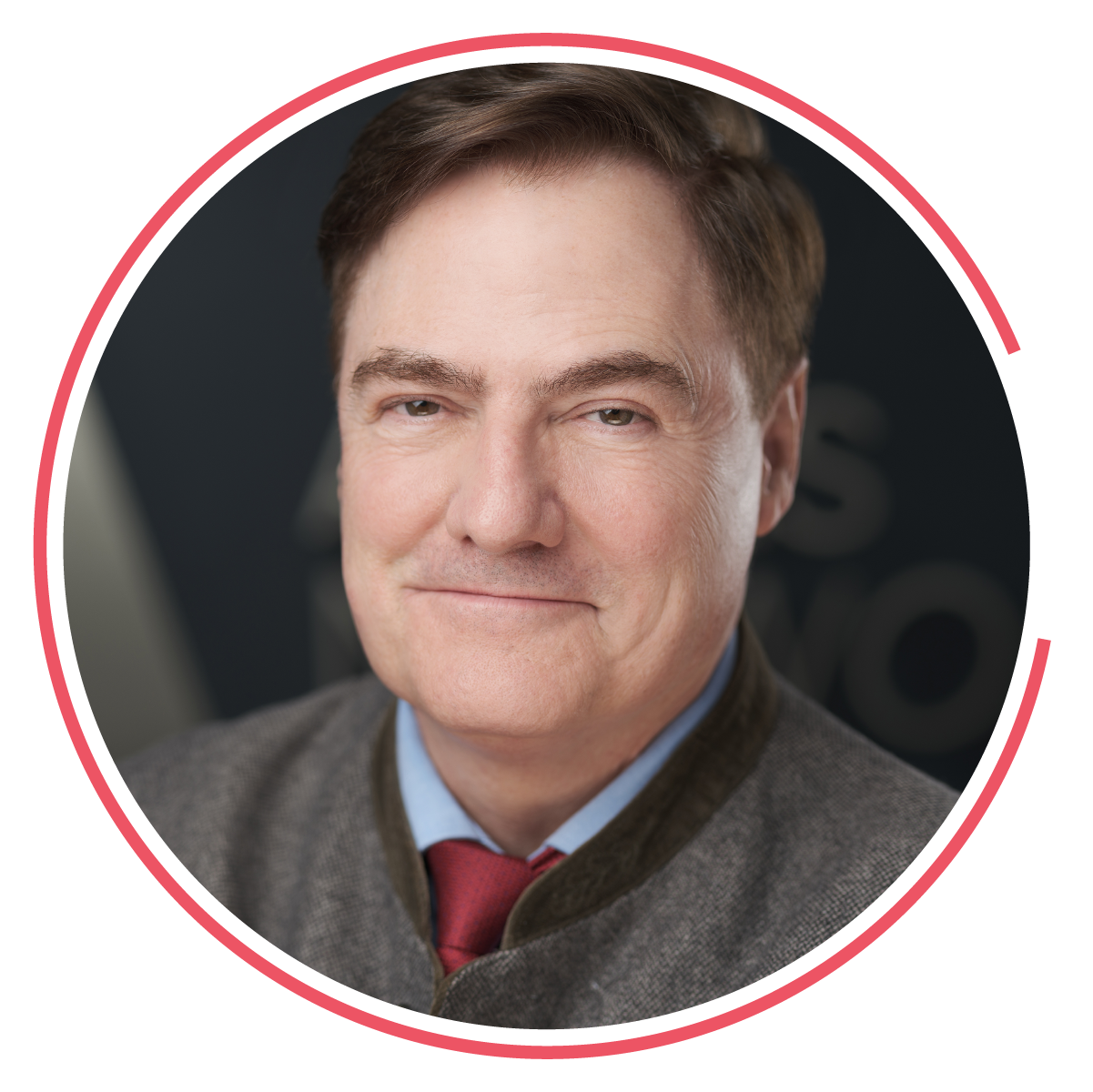 The Center for Asia and Oceania has initiated projects to increase cooperation among partners from New Zealand to Mongolia, Pakistan to Korea. They include a public policy co-laboratorium in which researchers from think tanks throughout the region present current research projects and their progress to their peers and receive helpful critical comments and suggestions. Atlas Network partners are also publishing original research in such as legal gender equality, conservation, tax systems reform, educational freedom, and much more.

Asia Liberty Forum 2022 will take place in Manila, Philippines on September 29-30 and will be co-hosted with Foundation for Economic Freedom. Atlas Network’s annual Regional Liberty Forums bring together partners from the region to discuss challenges facing the region and barriers to individual freedom and prosperity. Registration for the event and additional details can be found on the event website using the link below. For immediate questions, please contact Isaac.Emery@AtlasNetwork.org. 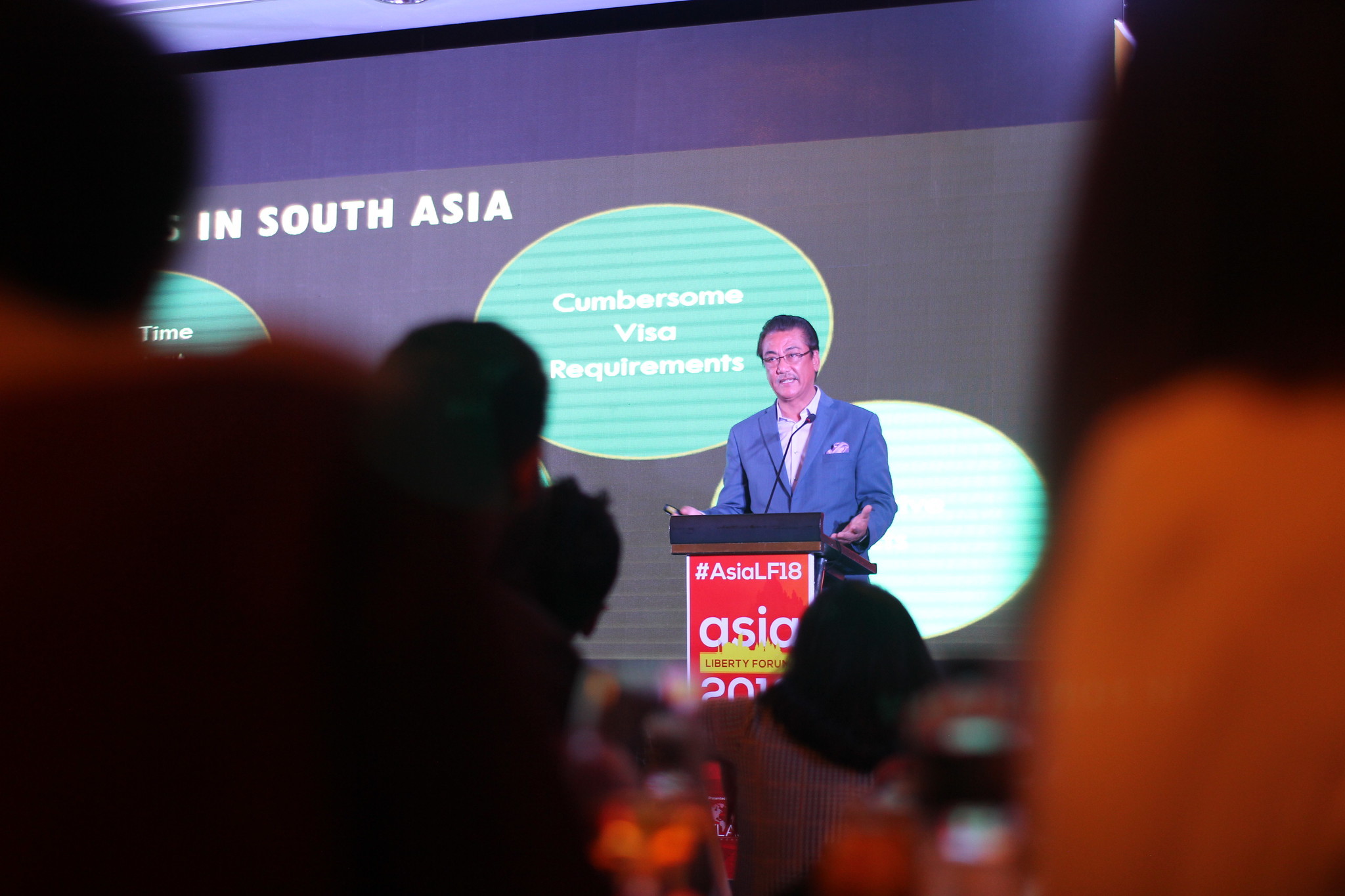 Dr. Tom G. Palmer is executive vice president for international programs at Atlas Network where he holds the George M. Yeager Chair for Advancing Liberty. He is co-author with Matt Warner of Development with Dignity: Self-Determination, Localization, and the End to Poverty (Routledge, 2022). He travels extensively to work with NGOs promoting liberal democracy and locally-led economic development, which he had been doing since before the end of the USSR and its empire. He is the author of many books and a contributor to numerous volumes, mostly recently Truth and Governance (Brookings Institution, 2021). Palmer received his doctorate in politics from Oxford University.

As the U.S. pulled out of Afghanistan, it left a chaotic scene in its wake. As the Taliban reclaimed power, many who had advocated for the principles of a free society became targeted in violent reprisals. Atlas Network quickly and quietly mobilized to help the CEO of Afghanistan Economic and Legal Studies Organization (AELSO), Khalid Ramizy, escape the country. Dr. Tom G. Palmer recently spoke to Khalid, now safely abroad. 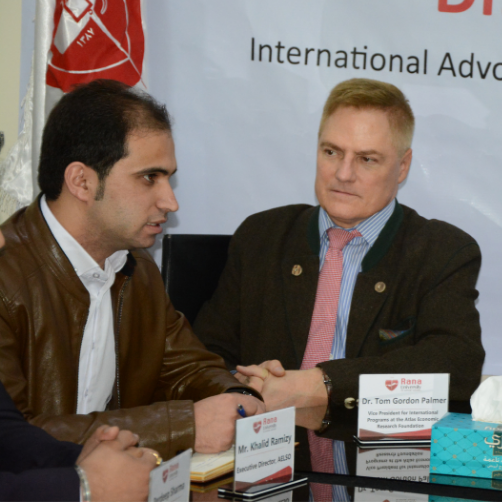