Almost Heaven: will it take a miracle to fix West Virginia, or just a think tank? 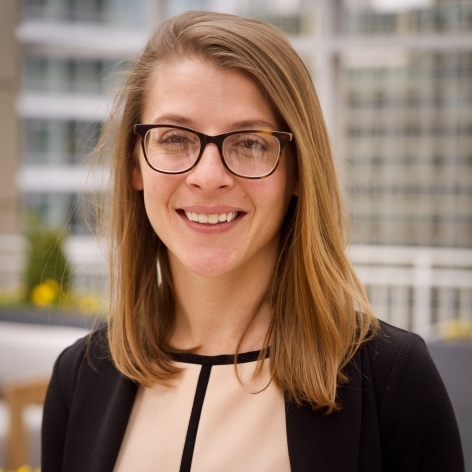 WEST VIRGINIA SHOULD BE A DESTINATION STATE FOR ENTREPRENEURS. Majestic mountains are carved by winding river valleys and sit atop a vast supply of natural resources. A rich heritage of friendly, hard-working people creates a warm, welcoming environment for visitors. An accessible distance from major northeast cities, both travelers and residents alike are compelled to describe it as “almost heaven.”

At first glance, the Mountain State seems to have it all — one would expect entrepreneurs to flock there, and families to thrive. But that’s not the case.

According to the U.S. Census Bureau’s 2015 population estimates, West Virginia had the largest population decrease in the country. This distressing decline was accompanied by an annual average unemployment rate of 6.7 percent in 2015, the highest among the states that year.

Talk to any young college graduate hailing from the state, and you’re likely to hear the same story: Despite wanting to stay, they simply can’t.

What is driving people away? Why does a state with so much going for it consistently finish last for well-being in the United States? And why does West Virginia regularly rank in the top five poorest states?

“West Virginia suffers from a fundamental lack of opportunity,” said Garrett Ballengee, executive director of the Charleston-based Cardinal Institute for West Virginia Policy. “Opportunity to receive a decent education, and to build a better life through entrepreneurship. Residents lack access to these basic pillars of well-being, so people instead leave to build better lives elsewhere.”

Founded in 2014, the Cardinal Institute officially became an Atlas Network partner in early 2016. It is positioned to become a leading voice in the state and aims to lay the intellectual groundwork necessary to rebuild West Virginia’s economy and enter a new chapter of freedom and prosperity.

Because of all this, many families are forced to explore other options, like homeschooling.

“My son was not getting the education that he needed in the public school,” said Carrie Webb, resident of Cedar Grove, W.Va., explaining why she chose to forgo public school for her son, Brandon. After 11 years of seeing his needs neglected, Carrie made the difficult decision to homeschool. “Pulling him out of public school was not an easy decision … but I know I made the best decision for him.”

In West Virginia, kids like Brandon — smart and well-mannered, with dreams of graduating from college — too often become trapped in a system that does not work for them. Although homeschooling has been an adequate alternative for the family, Brandon’s mother wishes there had been more choices. “I didn’t know what else to do,” she said. “I would have liked to be able to do more for him.”

The Cardinal Institute seeks to address the lack of education freedom in West Virginia by broadly promoting the merits of school choice programs. “Many families simply cannot afford a parent to stay home with a child five days a week,” Ballengee said. “Currently, the system that promotes the most flexibility for educating children, and what the Cardinal Institute will work hard to promote, is education savings accounts (ESAs).”

ESAs allow parents to tailor an educational experience to best suit the child. “Every year, participating parents would receive a debit card preloaded with money that they could spend on private tutoring, private school tuition, educational therapy, online learning platforms, and other qualifying educational expenses for their children. In some states, unused money can be saved and put towards the child’s college tuition,” Ballengee said. “Fundamentally, ESAs give parents control over how their children’s education dollars are spent.”

The Cardinal Institute is steadfast in its view that improving educational choice is a fundamental need for West Virginia, one that feeds directly into the state’s prospects for recovery and growth.

“Education is a pillar upon which all other areas of society depend, and access to a good education is critical to living a fulfilling life and maximizing one’s potential,” Ballengee said. “Choice on the part of the parent will spur competition, innovation, and progress. Let 1,000 flowers bloom in the education industry, and children will have access to educational products that we cannot even imagine.”

Economic freedom has been shown time and again to be the key to prosperity throughout the world, yet West Virginia policymakers seem to have ignored the evidence. A state that should be a destination for entrepreneurs instead sends businesses running. Forbes ranked West Virginia dead last in its 2015 “Forbes Best States for Business and Careers” list. And according to the Bureau of Labor Statistics, West Virginia has had the lowest employment-population ratio among the states every year since 1976.

Stone lives in Morgantown, home to West Virginia University and Mountaineer football. He is a single father of three who recently lost his wife to cancer. For nearly 20 years, Joe has supported his family by selling hot dogs to the late-night bar patrons on High Street. He is affectionately known as “Hot Dog Man.”

Stone’s sidewalk hot dog stand has become a staple for WVU students on High Street since its establishment by the original proprietor in 1988. “Lots of them know me from their freshman to senior year,” Stone said of West Virginia University students. “This is my livelihood.”

Countless customers filter in and out of bars in the downtown area, stopping by the stand with the blue and gold umbrella. For $2, they get a dog piled high with toppings faster than they can finish yelling “Let’s Go, Mountaineers!” It’s affordable, easy, and quick for a hungry, homeward-bound college student who just spent a little too much money at the bar.

Stone is now the lone sidewalk vendor on Morgantown’s busy nighttime streets, but that hasn’t always been the case. Prior to 2014, another stand run by the popular Joseph Byrd, better known to patrons as “Birdman,” operated a short distance away. Birdman sold hot dogs there for nearly eight years, until ordinances passed by the city council in 2013 regulated him off the street.

Birdman’s story is one of pain and struggle. Having grown up in the crime-ridden neighborhoods of Brooklyn, N.Y., Byrd spent more than 15 years of his life in prison. When he was released in 1999, he moved to Morgantown. Avoiding the chaos of his life before prison, Byrd began working odd jobs in downtown bars and eventually started his own hot dog stand.

“I didn’t want to go back to that lifestyle,” Byrd said of his days in Brooklyn. “It was painful, it was sad. God had a plan for me to get [money] another way. Now I’m finding out what that plan is, you know, and it’s called work. I’m working for it. … I appreciate that. I’m thankful for that.”

Students appreciated Birdman, too, making his cart nearly as popular as Hot Dog Man’s. The two were rivals in a town that embraces a good competition.

In 2013, however, the city council passed an ordinance that effectively banned sidewalk vendors in the downtown business district where both stands operated.

That fall, members from all over the community came to the defense of both vendors. The WVU chapter of Students For Liberty, an Atlas Network partner, organized an official petition against the ordinance. Ultimately, the ordinance was reversed. This seemed like a victory, but what came afterward looked just as bad. The city amended the ordinance to allow sidewalk vendors in the downtown business district, but restricted them from selling too close to the popular brick-and-mortar restaurants. This devastating regulation effectively crowded Birdman out of the market.

“I don’t feel it’s fair to me … to be let down, based on a few people in power and authority, to take control of somebody else’s livelihood,” Byrd said.

The economic fate of a single vendor may not seem significant in the larger picture, but his struggle of being crowded out by oppressive regulations is a familiar story for many entrepreneurs throughout West Virginia. These sorts of burdensome regulations reduce economic opportunity and freedom for the Joseph Byrds of the world.

These popular hot dog vendors had a group of students willing to go to bat for their freedoms, but countless others go undefended throughout the state. The Cardinal Institute aims to fill that void by giving West Virginian entrepreneurs a voice that has too long been drowned out by big government.

“We have to help change the culture in West Virginia from anti-market and anti-business towards an appreciation for entrepreneurship, market dynamism, and job creation,” Ballengee said. “The Cardinal Institute is working to fill the gaps in how West Virginia’s citizens and public officials understand free markets and economic freedom. We are only one organization, though, within a sea of government agencies, anti-market politicians, and status quo thinking, so our efforts must be creative in order to secure victories for economic freedom.”

STRIVING FOR THE ‘WEST VIRGINIA MIRACLE’

In a relatively short amount of time, the Cardinal Institute has had an impressive impact. It has successfully exposed the “Wild and Wasteful” ways of the state government, highlighting its waste, fraud, and abuse of tax dollars; it has come up with an entirely new vision for West Virginia, one that paints a brighter picture for this Mountain State with so much potential; and it has already been instrumental in reforms to West Virginia’s labor policy.

In 2016, the Cardinal Institute was one of the leading advocates in helping West Virginia become the country’s 26th right-to-work state. “Given the rich history of unionism in West Virginia, many people did not think it could be done,” Ballengee said. “This victory will give workers more freedom in the workplace. Economic considerations aside, right-to-work is a huge moral issue for West Virginia workers, and I am proud that we helped facilitate that positive change through our educational work.”

The Cardinal Institute is one of Atlas Network’s more than 450 independent partners in over 90 countries having an impact on many of these same issues. “We’ve been really impressed with the Cardinal Institute,” reported Matt Warner, Atlas Network’s vice president of programs and institute relations. “Garrett’s vision for West Virginia is bold in a state that some have written off, but he’s already proven reform can happen. Because of the rigorous training courses Garrett has participated in through Atlas Network Academy, we’ve been able to take a hard look at his strategy and approach, and we’re confident the Cardinal Institute will continue to make a difference in West Virginia, particularly in improving economic and educational opportunities for all West Virginians. Garrett believes in miracles, and he’s made us believers, too.”

Despite West Virginia’s bleak educational and regulatory circumstances, Ballengee is optimistic that change is possible. “There is nothing cosmically pre-ordained that says West Virginia must always be among the least prosperous states in the country and an object of ridicule,” Ballengee said.