Ideas can change the course of history— and individual lives 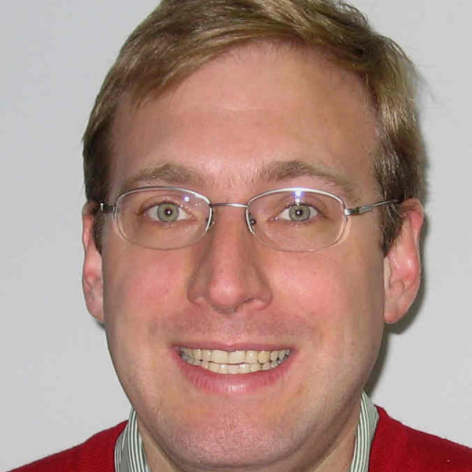 On a macro level, the right ideas presented by the right people at the right time can change the course of history. Friends of Atlas Network already know the story of Sir Antony Fisher, who approached the Nobel laureate economist Friedrich A. Hayek after World War II wondering how he could help change the world for the better. Fisher took Hayek’s advice to heart, eschewing electoral politics in favor of a long-term shift in the climate of ideas. Fisher helped found the Institute of Economic Affairs, which laid the groundwork for 20 years in the United Kingdom before the Thatcher Revolution. Tirelessly, Fisher went on to set up think tank after think tank in order to influence the world’s prevailing intellectual notions toward a free society.

On a more individual level, enthusiastic disseminators of ideas can have life-changing consequences. I can personally attest to that. The fall of 2000 was a rough one. At the age of 26, I was sleeping in my mother’s guest room, unemployed, a 10-year dream of a diplomatic career dashed by reality. And I was intellectually confused.

A graduate of Georgetown’s School of Foreign Service and a bright-eyed Wilsonian institutionalist, I started what I thought would be a lifetime career in the U.S. Foreign Service. Reality, however, is a harsh mistress. From inefficiency to shady morals, all the clichés about government were true. A friend had suggested that I read Thomas Sowell’s The Vision of the Anointed as an academic study on bureaucracy. Sowell opened my eyes, because the theory I read in his book at night matched the governmental practice I witnessed every day. I started reading a bit more and talking with other curious colleagues — then flirting with the only alternative I knew: conservatism. We would pass copies of The Weekly Standard to each other in a brown paper bag, lest we be labelled reactionary subversives.

Something didn’t quite make sense about conservatism, though, with its willingness to use the state to advance its own causes. So I kept reading, and stumbled upon two essays by Ayn Rand, “Man’s Rights” and “The Nature of Government.” I still remember the day I read them — the day I became a libertarian. Five months later, I quit the Foreign Service and made my way back to New Jersey.

Any radical change in intellectual foundation is apt to be painful. I was unemployed, and I had just quit the career that I had so deliberately pursued for years. On top of that, my friends and family were worried by my shift in ideas. I read voraciously, starting with Ayn Rand’s Atlas Shrugged, David Boaz’s Libertarianism: A Primer, along some P.J. O’Rourke, but I felt very lonely.

Out of the blue, I emailed David Boaz, executive vice president of the libertarian Cato Institute. He generously gave of his time to me, coaching me on these new ideas and suggesting further readings. He pointed me to the Institute for Humane Studies website, which ran a free-market job directory. There I found an opening as deputy for the late Leonard Liggio, then Atlas Network’s executive vice president, administering academic programs like the International Freedom Project, which was sponsored by the John Templeton Foundation.

The next two years were an intellectual gourmet’s dream, culminating in my entrance into the George Mason University Ph.D. program in economics, and I thank Atlas Network for everything. Liggio and Jo Kwong, then Atlas Network’s vice president of institute relations, introduced me to public choice theory and Austrian economics. Liggio told me stories of falling asleep on Ayn Rand’s couch, then parting ways with her when she kicked his great friend Murray Rothbard out of her “Collective.” Atlas Network CEO Brad Lips mentored me in libertarian literature and program-building and President Alex Chafuen nurtured my love of Latin America’s history, institutions, and troubled politics. Senior Fellow Deroy Murdock taught me how to turn a phrase and be an entrepreneur for liberty, and I learned just as much from my eager contemporaries, who were also discovering new ideas: Colleen Dyble, Romulo Lopez, Chris Martin, and the list goes on.

Through the International Freedom Project, I met professors throughout the world who teach the ideas of liberty, many of which are now collaborators. Through Atlas Network, I met economist Peter Boettke, who became my teacher at George Mason University. I met economist Benjamin Powell, then a graduate student, who became a friend and mentor. Economist Véronique de Rugy wired me into the European libertarian movement and coached me intellectually.

Thanks to Atlas Network, I now mentor students, from high school through graduate school, and I have a chance to make my own modest contribution to the advancement of liberty. While we still have a lot of work to do, it is sobering to recall that it wasn’t always like this. Free-market scholars may still be the exception rather than the norm, but the world is a lot less lonely than it was just a few decades ago. There was no Atlas Network for systematic support. There was no formal process for identifying and mentoring students, like the tens of thousands of students who have benefited from IHS programs. There was no national voice for libertarian ideas, like the Cato Institute in Washington, D.C., or a free-market think tank in every state under the umbrella of the State Policy Network. There was no Review of Austrian Economics, and no Public Choice journal. So, while we still have much work ahead of us, in the fight against an ever-encroaching Leviathan, the world is a lot less lonely for friends of the free society.

I am proud and honored to be part of the movement that was started by Fisher and Hayek. Just as Atlas Network generously educated me and pointed me toward my career and passion, I now work hard to replicate the impact that Atlas Network had on me. In the past decade, I have taught several thousand students the basics of economics, and mentored several hundred advanced students. Some have earned Ph.D.s and are now teaching; others are pursuing PhDs. I have former students working at IHS and the Cato Institute, and others teaching at charter schools. While I take pride in having taught them, mentored them, and inspired them, none of that would have happened without Sir Antony Fisher’s vision.