Ideas have consequences: the case of dollarization in Ecuador 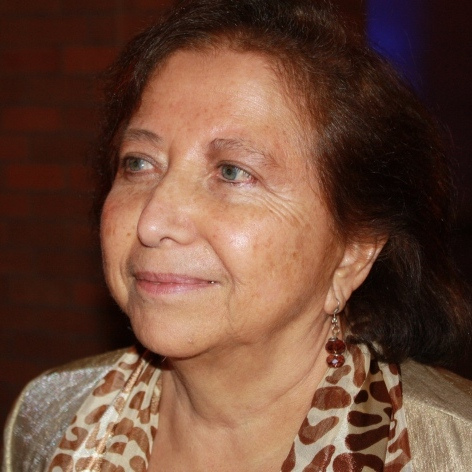 Ecuador’s dollarization provides a good example for tracing how ideas become implemented in public policy. It takes time, effort, and dedication. One of the most relevant contributions of the Instituto Ecuatoriano de Economia Politica (IEEP) in its 25-year history of promoting the ideas of freedom was the role it played in the dollarization of Ecuador, both in its conception of the idea and in the actual implementation process. The changes did not occur magically or automatically. Typically, this level of policy change is the result of the work and effort of many individuals and their institutions. In the case of Ecuador, a group of economists worked incessantly to promote dollarization.

Ecuador entered dollarization under a full-blown hyperinflation. At the beginning of the year 1999, the rate of exchange was 4,000 sucres per dollar; at the end of the year it reached 28,000 per dollar. Inflation was 60 percent, and the rate of devaluation exceeded 300 percent. In March, the government closed the banks for a whole week, then reopened and bailed out some of them by issuing bonds and created a new agency to guarantee the backing of deposits in the event of bank failure In 1999, the monetary base grew by 552 percent. People adopted dollars informally at first in an effort to avoid losing their purchasing power.

Since Ecuador’s president first announced the transition to official dollarization, Ecuadorian economists and journalists have written numerous articles explaining and defending the policy — all the more so after 2007, when Ecuador fell under the control of an increasingly dictatorial government that was unsatisfied with the impossibility of printing new dollars.

After 15 years of dollarization, the proofs are countless that it has been beneficial to the country. Inflation has been reduced, purchasing power has returned to family income, and both interest rates and country risk have decreased. Monetary confidence has at last returned, allowing long-range assets to be acquired without fear of devaluation. This positive change in expectations, along with greater transparency in negotiations, brought economic stability. Businessmen were forced to become more competitive, while also decreasing their government rent-seeking, because they could no longer depend on earnings that had resulted from the continuous yet unpredictable devaluations triggered by the whim of government.

Like most countries, Ecuador has a central bank. Prior to dollarization, people had grown accustomed to the idea that determination of the foreign exchange rate, interest rates, and purchasing power results from decisions made by the government and the Ecuadorian Central Bank. Adopting a monetary standard that was independent of Ecuadorian control, however, required a slightly different way of thinking. The system was unfamiliar, and many people said that it could not, would not, and should not be done — but it was done. It has now lasted longer than any other monetary policy in Ecuador since the 19th century, with highly beneficial results.

Economist Steve Hanke has developed a Misery Index, in which he adds the bad elements of the economy, such as the inflation rate, interest rate, and unemployment, and subtracts the good elements, such us the rate of growth in real terms, during the prior twelve months. Venezuela has the worst ranking on this index, and Ecuador has the best ranking in Latin America. The two countries after Ecuador with the best rankings on the Misery Index are El Salvador and Panama — both of which are dollarized.

Through its support of IEEP’s independent work, Atlas Network effectively inspired Ecuador’s dollarization in January 2000. The Ecuadorian government used a study that had been carried out by IEEP in order to clarify the steps that needed to be taken to officially dollarize the economy in a clear, politically unbiased, independent, and successful manner. The uniqueness of this approach could only have been produced by an independent think tank. The work done by the IEEP provides a good example of how persistence, when focused on the right ideas and principles, can lead to effective policy reform.

My love affair with the think tank world — those institutions that deal with promoting classical liberal ideas — was initiated at an encounter with Alex Chafuen on late October 1989, at his office at Atlas Network in Fairfax, Va. Then known as the Atlas Economic Research Foundation, the organization was established in 1981 to promote the ideas of liberty by Sir Antony Fisher, a successful English entrepreneur, following the advice of Nobel laureate economist Friedrich A. Hayek. My visit to Atlas Network was suggested by David Boaz, vice president of the Cato Institute in Washington, D.C., after he learned of my interest in what they do — studies, seminars, and debates about ideas.

At that time, I was pursuing my Ph.D. in economics at George Mason University (GMU) in Fairfax, Va. This experience opened another side of the library to me: the world of classical liberal thinking and the opportunity to study classic authors and philosophers. On reading them, I learned that economic problems are never the inextricable outcome of conditions beyond the control of a country’s government, but are always the result of deliberate public policy. Only individuals know their own specific circumstances, and they make choices accordingly. Easy money, public deficits, and debt are “fallacious” policies because they sacrifice people’s future, thus creating an artificial boom that later ends in slump and depression. Real economic growth may be sustained only by having fundamental policies favorable to the stability of money and freedom of exchange.

I became convinced that the only way to foster prosperity was through individual freedom, free markets, property rights, and elimination of government intervention. Hence, I became determined to bring these ideas back to Ecuador in order to promote them there. My classmates at GMU, aware of the difficulties in changing societal ideas, used to tease me about how in the world I would be able to accomplish this unattainable dream — that perhaps I should stand in an open park and preach about the benefits of free markets.

After talking to Alex Chafuen and expressing my wishes to start a free-market institute in Ecuador, my dream began to take shape. He offered me a job as a fellow in order to train me in how to start and manage a think tank. During that stay at Atlas Network, I wrote bylaws for the new institute, built a network of friends who were fighting for freedom all around the world, and collected sets of books from different sources about economics, political science, and philosophy. That library now stands at more than 3,000 books. My meeting with Alex Chafuen changed my live — and, in a certain humble way, has changed the lives of many others.

Equipped with the knowledge acquired at GMU, lots of enthusiasm, and Atlas Network support (a small amount cash, a computer, and a printer) my husband Enrique Ampuero — who was always a staunch supporter of all my dreams — returned with me to Ecuador in 1991 to establish IEEP. Our house in Guayaquil was the host for IEEP during its first 10 years. Then we built a second small house next to us, which has been the home for IEEP ever since.

After 25 years of promoting the ideas of freedom in Ecuador, IEEP has influenced many people and has become a leading academic center for the debate on ideas. It has conducted hundreds of seminars, workshops and publications. For example, with the support of Earhart Foundation it published a textbook, Discovering the Austrian School of Political Economy, that remains fundamental in teaching economics to more than 20,000 high school students in Guayaquil and Quito.

Besides working to preserve economic liberty, dollarization also helped to preserve political liberty by reining in the dictatorial impulses of government officials. Therefore, it falls on the shoulders of IEEP to continue being an advocate for the ideas that Ecuador needs during a time when the people find themselves choosing between the socialist path and the otro sendero — the “other path.”