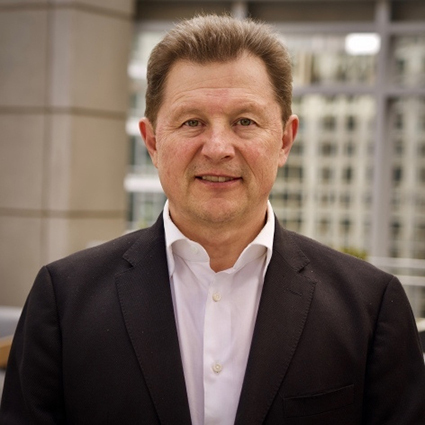 This piece originally appeared in The Dallas Morning News.

Empower all citizens with ownership of individualized titles in a citizen trust.

López Obrador’s success in selling his counter-reformation crusade to return to a state-sponsored monopoly in hydrocarbons and electricity appeals to what he interprets as apprehension of foreign investment in extractive sectors, and a nostalgia for the expropriation of private oil interest undertaken by Lázaro Cárdenas in 1938 — an episode revered by popular folk wisdom in the country. Not surprisingly, he has chosen Sept. 16 — Mexico’s Independence Day — as the theatrical setting to issue a “response” to complaints levied by the U.S. and Canada.

In 2004, during a visit to Mexico City, Nobel laureate in economics Vernon Smith detected this psyche of nationalism surrounding the politics of oil development in Mexico and suggested that the country should emulate the success of the Alaska Permanent Fund. Smith argued that empowering everyday citizens with an individual property stake in the country’s oil and natural resources would reconcile energy nationalism with a broad pro-growth market approach to private investments in every part of the productive chain of the energy sector.

Here, then, is a way out. Encouraged by Smith’s insight, we have developed a reform proposal that offers a credible path forward for Mexico. The initiative would entail a reboot of the current Mexican Petroleum Fund and turn it into a sovereign wealth fund that universally empowers all citizens with ownership of individualized titles in a citizen trust, thereby also mitigating the discretionary fashion in which political leaders of all stripes use and abuse the windfall fiscal benefits of resource revenue in the country.

Our core idea is to grant property rights over the country’s energy and mining resources, and therefore to the income rights derived from extracting and exploiting such potential wealth. This entails turning nationalism on its head and, literally, giving “power to the people.” If “el petróleo es del pueblo” is true, then let us give it to the people — via individualized property titles in a citizens’ wealth fund. This will create new and positive incentives to maximize the returns on resource capital, and thereby create a popular constituency in favor of allowing long-term investment. In this way, citizens become key (and hopefully loud) stakeholders in the development of the country’s energy sector and not, as it happens today, passive spectators.

The proposal is based on citizens’ consensus agnostic to ideological inclinations. Thus, democratizing energy and subsoil income rights also promotes wide financial inclusion, as it necessitates an architecture that can attend to all citizens — and, in this regard, should be received with enthusiasm on all sides of the debate. Indeed, The Economist claims that such social wealth funds constitute “a radical idea for reducing inequality and deserve more attention.”

Under this framework, hydrocarbon reserves are no longer an abstract concept that only a select few among the ruling elites understand, but rather an asset belonging to all of the citizens of Mexico — precisely, alas, as the 1917 Constitution dictates: “Propiedad de la Nación.” Direct citizen benefits tied to responsible wealth-creating exploitation would be the first step towards an ecosystem of efficient investment that minimizes regulatory risks and lowers the hurdle rate demanded by private energy investors.

It is not hard to see how citizen owners would prioritize attracting capital and know-how to develop the country’s deep-water and natural gas reserves. Even current opposition to fracking, without which more than half of Mexico’s total natural gas reserves could be left in the ground, may be overcome by giving citizens a direct individual stake in the economic-sharing benefits.

Taking full advantage of the 2013 energy liberalization under a new model of citizens’ property rights represents an antidote to the hostilities of the current political standoff in Mexico and a credible way to disinflate the “sound and fury” behind the macho populism that pretends to construe government monopoly of energy as a symbol of “national sovereignty.”

Those interested in taking Mexico’s — and, indeed, North America’s — energy potential to the next level, while also avoiding the downside of an eventual arbitration dispute under the governance of USMCA, should consider the radical but realizable idea of a citizen fund to disseminate natural resource wealth to its rightful owners: The Mexican people.