Open markets are the best antidote against the COVID-19 crisis 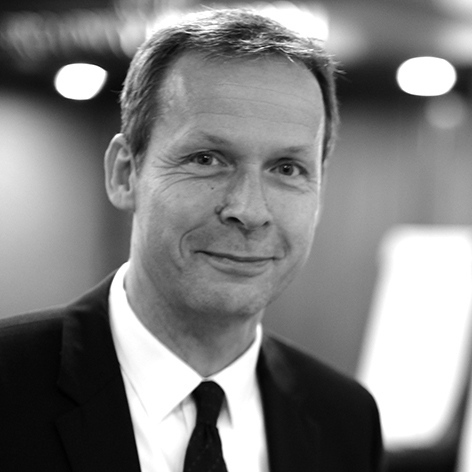 Earlier this month, I was invited by the Jakarta city government to speak about Indonesia’s food trade issues. When I asked what made garlic so expensive, the answer came quick and easy: COVID-19. Ninety percent of Indonesia’s garlic comes from China and since China was in lockdown, supplies dried up. Most Indonesians would have given the same answer, but that does not make it correct.

The real cause lies in Indonesia’s import restrictions. Indonesian importers need to obtain a government ‘Recommendation for Imports of Horticulture Products’ (RIPH). This document will only be issued if an importer has planted five percent of the needed garlic on Indonesian soil. The problem: importers ain’t farmers. Well, they can cooperate with local farmers but that does not solve the other problem: Garlic needs cold weather and grows well in cold climates. Tropical Indonesia has no cold season so it comes as no surprise that importers fail to plant their five percent. They lose their import license, they start a new company, apply for a new license, fail again, and so the game continues with identical players who have come to understand the rules.

Profit margins are enormous. Chinese garlic costs usually Rp7,200 per kilogram and is sold in Indonesia for Rp26,600/kg. Right now, Indonesian retail prices are at staggering Rp 75,000/kg. China may have raised their wholesale prices during COVID-19, but the prospect of windfall profits keeps established importers from diversifying their sources. It works as long as the licensing system is restrictive enough to keep other importers and garlic from other countries out of the market.

Garlic illustrates the case made by the Center for Indonesian Policy Studies (CIPS): import restrictions harm Indonesian consumers. Other food items are equally scarce and expensive. When sugar became scarce earlier this month, consumers and small businesses were burdened with unaffordable sugar prices. Onions cost about 10 USD per kilo. CIPS is tracking food prices in a monthly index (see infographics) and compares them to neighbouring countries. In March, sugar is more expensive in Indonesia than in the Philippines, Singapore, Thailand or Malaysia. Garlic and eggs cost more than in the “crazy rich” city-state of Singapore that imports all of its supplies. In February and March, a regular Indonesian could have saved Rp 1 million or 65 USD by buying food abroad. For poor households with a monthly income of just 100 USD this is a terrible price to pay. And with festivities during the holy month of Ramadan just a few weeks away, the situation will get worse.

And then came COVID-19 and added a new level of urgency. Indonesia recently started testing its citizens and as of 19 March, it had an 8.37 percent mortality rate, higher than any other Southeast Asian country. This is certainly just the beginning of the crisis and people are rightfully worried about food supplies.

Facing this situation, the government did something against the protectionist mainstream and caused cheers among CIPS staff. On 19 March, it was decided to remove those restrictive RIPH from import requirements for rice, corn, shallots, garlic, large chili, cayenne pepper, beef/buffalo meat, chicken meat, chicken eggs, granulated sugar, and cooking oil. CIPS considers this great progress. Still, it is a temporary regulation meant only to last until after Ramadan. So every day and while working from home, CIPS is issuing press releases, sometimes several a day, and we are writing op-eds. We congratulate the government and ask to permanently open up the trade of these and other food items. We are confident that this precedence will prove the benefits of liberalizing food trade and trade in general for Indonesian consumers.

The current crisis apparently convinced the Indonesian government to follow a fundamental economic principle: Open trade is the best way to ensure access to affordable quality food. While scientists are frantically looking for a vaccine against COVID-19, in public policy, the best antidote against food shortages is competition, entrepreneurship and the freedom to trade internationally. For a public policy think tank like CIPS, it confirms the saying that good luck is when opportunity meets preparation. CIPS has continuously highlighted unaffordable food prices and we blamed harmful import restrictions even when no one agreed. This crisis may well be the opportunity for which we have prepared for the last 5 years.