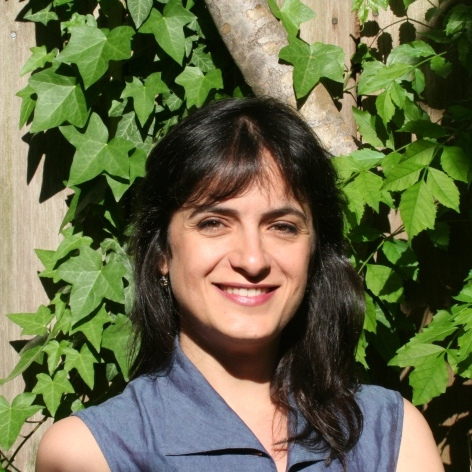 Although my training has been in international monetary economics I found myself delving in the word of economic development since the early 90s at the World Bank, drafting and implementing policies. In addition to engaging with policymakers, I also began checking policy application on the ground finding out which policies were working, and which had failed to do so. The gap between intentions and actual results was shocking and caused me to focus on institutions and incentives.

Institutional Economics became my focus, as I witnessed firsthand that agreements are what hold together individuals, groups, societies, markets, economies, and countries. The greater and most basic institution is that of securing our existence. This is what gives us freedom. The right of our existence and the right of the existence of our home. The right of who we are and what we have. A property right.

In 1998, I started presenting the audacious suggestion to change the traditional development paradigm. It had become rather clear to me, that especially after the end of the Cold War, economic development should have returned to the origins of economic science, a science closer to applying complex systems and less so to aiming at static equilibria. Complex systems would allow for respect for freedom, growth, and predictability.

Each level of my development economics journey was marked by a series of strong and impactful slapping cynicism. Every time I would come across to yet another dose of significant friction in policy application on the ground, I would get impacted by the power that inertia has on development. I would push therefore for change by introducing innovation in economic policy using field observations. The aim has been to create knowhow in designing and implementing institutions, and mostly that of property rights as the fundamental one.

Poverty and Freedom compiles in a masterful manner the academic work of the well-known development economists and aid experts. Their suggestions, however, touch on finetuning the existing paradigm rather than changing it altogether.

According to the book, the main reason for bad aid results and not effective economic development policy outcomes, is the lack of good understanding of the local culture. I would go even further and say that the aid agencies are not structured to understand how countries and their economies work. I am in total agreement with Angus Deaton (Nobel 2015) who explains that when the local conditions are not appropriate, external intervention will be harmful to the country rather than useful “…when the conditions for development are present, aid is not required. When local conditions are hostile to development, aid is not useful and it will do harm if it perpetuates those conditions.” His take on aid agencies would be “They may at times say the right things but lack a deep understanding of the problem.”

From my own experience I would go as far as to say that it is probably better to not intervene at all in a country if we do not know much about its institutions. Any such intervention has proven to be destructive reducing productivity and breaking social capital (trust) in the country. We can achieve development when there is full understanding of a country’s institutions of property rights regarding its individuals (labor) and its property (land). Once we have managed to understand how these two elements are identified and secured by each country we can intervene with appropriate policies.

Why haven’t we done that yet?

Because the traditional development paradigm we use is not an economic development model that promotes prosperity and reduces poverty. It is a reconstruction model. This model was built right after WWII with the main focus to reconstruct broken Europe after its devastation during the War. It is a model built on reconstructing infrastructure (roads, basic utilities, transport etc.), it is not at all a model designed to fix broken agreements or institutional norms.

The rights of personal existence and of their property/home, were not touched. These were agreements managed directly by each sovereign State. Thus, no development model was created to build or help build institutions. Development Aid agencies would work, and continue to do so, with target countries’ organizations (ministries, agencies) and not with their institutions (norms formal and informal).

Matt Warner’s book is very well written, stimulating, and thorough in its literature reference. I take this book as a renewed opportunity to second the suggestion to establish a new economic model. A development model that will aim at growth, robust middle class, reduced inequality.