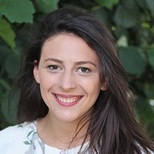 Today (October 8th) would have been the birthday of Basil Fisher, the younger brother of the IEA’s founder, Sir Antony Fisher. Though few remember Basil Fisher today, his life (and death) have made a lasting impact.

Antony and Basil were born in 1915 and 1917 respectively. Neither knew their father, George, killed by a Turkish sniper’s bullet in Palestine during World War I. Their mother, Janet, was widowed while eight months pregnant with Basil.

The pair were educated at Eton College where Basil was wildly popular and excelled at sports, captaining the cricket First XI in the annual match against Harrow at Lords. They both graduated from Trinity College, Cambridge, where they learnt to fly with the University Air Squadron.

Upon the outbreak of War, the brothers were both commissioned into the RAF and called to full-time service; with Antony joining 111 Squadron in 1939 and Basil following suit in May 1940. Yet the Battle of Britain a few months later was to profoundly change Antony’s life, and alter the course of history.

Antony was flying alongside his brother, when Basil was shot down in a dogfight over the south of England. Though Basil bailed out, his parachute had already caught fire. Antony could only watch, helplessly, as his brother fell to his death.

Basil was among the brave young men immortalised in Sir Winston Churchill’s memorable and poignant words following the Battle of Britain: “Never in the field of human conflict was so much owed by so many to so few.”


Basil Fisher commemorated on the Battle of Britain Monument.

Witnessing his brother’s death at such close quarters, and the loss of many other friends and relatives during the war, had a traumatic effect on Antony. After victory in 1945, he made millions setting up the UK’s first battery chicken farm. Yet he felt despondent at seeing the British people elect a Labour Party government that set the country on a socialist, interventionist course, fearing that Basil’s sacrifice in the battle against totalitarianism was being squandered.

As Antony’s daughter, the economist Linda Whetstone, observed: ‘He realised that both his father and his brother had given their lives for the freedom of their fellow countrymen, yet he saw freedom diminishing.’

Antony came across an abridged version of Friedrich Hayek’s The Road to Serfdom, which argues that central planning inevitably erodes individual liberty. Inspired by his reading, Antony sought out Hayek, then teaching at the London School of Economics, telling him of his intention to enter politics to continue the fight against socialism. Yet Hayek advised him, instead, to do something rather more ambitious – to shift the climate of opinion surrounding the political class by winning the ‘Battle of Ideas’.

Fisher went on to found the Institute of Economic Affairs in London in 1955, then the world’s first free market think tank, along with more than 150 similar organisations around the world.

For the next two decades, the IEA and its arguments languished in the political wilderness as successive Conservative and Labour governments clung to central planning. Yet free markets found a keen champion some 20 years later. When Margaret Thatcher became leader of the Conservative Party in 1975, she devoured Hayekian ideas and encouraged her aides to do the same. She famously settled one dispute by taking a copy of Hayek’s The Constitution of Liberty and banging it on the table, declaring, “This is what we believe!”

The IEA added intellectual foundations to Mrs Thatcher’s strong instinctive beliefs in freedom and helped make her a powerful advocate for liberty, not just in socialist Britain, but around the world. This had huge consequences for the course of history.

As the MP Oliver Letwin memorably put it: “Without Fisher, no IEA; without the IEA and its clones, no Thatcher and quite possibly no Reagan; without Reagan, no Star Wars; without Star Wars, no economic collapse of the Soviet Union. Quite a chain of consequences for a chicken farmer.”

In his life, Sir Antony Fisher achieved great things. Had his life not been tragically cut short by World War Two, his brother Basil would have probably done the same. But he, like many others, gave his life fighting tyranny, and his legacy lives on in the cause of freedom today.