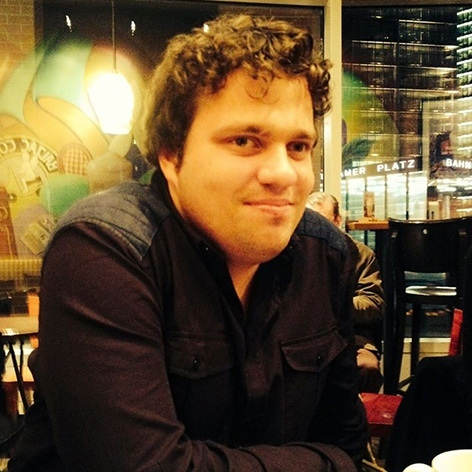 The entrenched bias of Kremlin-controlled mass media is obvious to those who have spent much time in Russia. The term “zombie box” has become a popular description for the news broadcasts, talk shows (even ostensibly non-political ones), and many other types of Russian programming that amount to thinly veiled propaganda in favor of President Vladimir Putin’s regime.

However, people outside Russia — especially in the countries where propagandistic media had been unknown until recently — may not so easily discern the propaganda advancing Putin’s regime that is disseminated by the television service formerly called “Russia Today” and currently branded simply as RT. Outside of Russia, RT has special TV channels and online coverage for the United States, the United Kingdom, and Spanish- and Arabic-speaking audiences. It had plans to launch channels for French- and German-speaking viewers, but may abandon them after the ruble's drop in value.

Propaganda can take many forms, so a few examples may serve to illustrate what makes RT’s coverage so egregious. For instance, on Aug. 6, RT claimed that Malaysia’s defense minister, Datuk Seri Hishamuddin Hussein, had confirmed the launch of an investigation into whether Ukrainian military jets played a role in downing airliner Malaysia Airlines Flight 17. Hussein had to officially refute this allegation. On Aug. 7, RT’s Spanish online news service published an op-ed by correspondent Karen Mendez suggesting that the Ebola virus had originated in the U.S. center for biological warfare research at Fort Detrick, and that the virus had been released for the direct benefit of U.S. pharmaceutical companies.

Countless similar wild allegations following this same anti-American, anti-West — and, lately, anti-Ukrainian — script are touted by RT daily, showing that RT may well claim anything if it suits the Kremlin’s agenda. We’ve already seen the tragic consequences that conspiracy theories can have, like the anti-vaccination mania that has spread in recent years — and not just for Ukraine and other countries directly vulnerable to the Kremlin, but also Western societies. Who knows which other conspiracies RT might advance, given its biological warfare claims about Ebola?

If RT’s coverage merely consisted of such material, the bias in its reporting could easily be discerned by the vast majority of Western viewers. There are three problems, however, which may make it difficult for RT’s audiences to recognize its essence as a propaganda machine.

First, Western nations have little experience with state-run media, so many people outside Russia may be unaware that RT is controlled by the Russian government — especially after its rebranding. In fact, RT is run by a nonprofit organization, “TV Novosti,” which is directly owned by the Russian government. It is also directly funded from the Russian federal budget, with approximately $210 million earmarked for the 2015 fiscal year. These continuing expenditures in the face of falling ruble value are a stark contrast to the consumption cutbacks that many ordinary Russians have had to face. It appears that controlling the narrative about current events is a particularly high Kremlin priority.

Second, in contrast to the Kremlin-controlled TV channels that broadcast for Russian audiences, RT includes some ostensibly higher-quality programming for Westerners. Two examples are The Keiser Report, a financial news and analysis show hosted by reputable financial pundit Max Keiser, and Boom Bust with Erin Ade. Even the latter, though, has an implicit anti-Western message. The short description of the show on RT’s website informs us that “the Boom and Bust cycle has been as old as Western banking itself,” as if there were some other kind of banking in the East that is not susceptible to swings in economic activity.

Finally, RT ingratiates itself to niche audiences by frequently airing extensive commentary by politicians, commentators, and groups that are more or less outside the mainstream of public debate, or that are not otherwise well-represented. This gives the impression that RT provides a genuine alternative to Western mainstream media. Some of these guests are genuine charlatans, like conspiracy theorist and creator of Infowars Alex Jones. Others, like former U.S. congressman Ron Paul, merely hold views that fall outside the current political mainstream. However, what matters here is not the exact spectrum of such beneficiaries of RT airtime, but the illusion that RT is sincere in providing an outlet for minority voices.

When politicians and popular commentators with nonconventional views frequently appear on RT, people who espouse similar views may increasingly view RT as a credible source and, consequently, lend greater credence to its propagandistic allegations. This has been an especially disheartening trend among some libertarians and libertarian-leaning conservatives in the United States and Western Europe, who repeat the favorite tropes of Kremlin propaganda to an astounding degree — for instance, referring to the members of the Russian liberal opposition as the “fifth column,” a derogatory term from the Spanish civil war that is used by Kremlin apologists to equate opposition to Putin with national treason.

The alarming rise in RT’s influence should prompt a serious reaction in the West. Banning RT could turn out to be counterproductive, because the Kremlin might play the victim and garner sympathy merely because it is subject to government sanctions. So, to be clear, this is not a call for Western governments to prohibit RT from broadcasting.

However, people of any political persuasion who may receive invitations to appear on RT, contribute material to the RT website, or quote or share RT materials on social networks with any purpose other than to criticize them should take heed. No matter how good your motivations, you are not likely to advance your cause because RT is not interested in being a platform for genuine discussion and reliable information. RT is interested in cherry-picking anything that can be used to tarnish the genuine socioeconomic progress that Western societies have achieved in comparison to Russia, and to turn attention away from wrongdoing perpetrated by the Russian government and its associated cronies at home and abroad.

The opinions expressed in this commentary are solely those of the author.