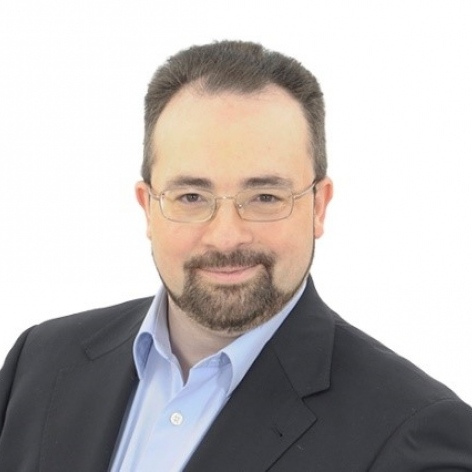 On September 28, 2021, a large, packed conference room in a well-known Madrid hotel saw the release of Funcación para el Avance de la Libertad’s (Fundalib) IACF, which has already reached its fifth annual edition. IACF is the Spanish acronym for Indice Autonómico de Competitividad Fiscal (in English, the Regional Tax Competitiveness Index). This study first appeared back in 2017 and was co-funded through an Atlas Network grant. After the Covid-19 pandemic, which has been devastating to Spain and its economy, the Fundalib event was the first large gathering of the country’s freedom movement.

In fact, four other large free-market think tanks joined Fundalib as collaborating entities to the 2021 edition of IACF, several of which are also Atlas Network partners. This year, the project has also been supported by the Friedrich Naumann Foundation for Liberty, a large German organization working for liberal democracy worldwide. For the past four editions, the index has been strongly supported by the Tax Foundation, one of the oldest think tanks in the United States, founded in 1937. This time around, this organization’s president, Scott Hodge, visited Spain to jointly preside over this large event with Fundalib’s chair, Roxana Nicula. The conference gathered key stakeholders in politics, academia, and mass media.

The IACF, directed by economist Cristina Enache, has been a powerful tool over the years. Even its first edition already motivated a policy reform in one of the Basque provinces, where the Wealth Tax shield had been abolished and many middle class people, all of a sudden, found they needed to pay a burdensome tariff. The IACF was then instrumental in encouraging the provincial government to re-introduce this shield and protect thousands of taxpayers. Many regional presidents and regional tax ministers have reacted to the IACF’s annual editions, whether to show off their territory’s progress or try to wave off the importance of their bad results. All in all, the political spotlight reaffirms the importance of conducting this annual exercise to compare and classify all nineteen tax territories in Spain.

This influence has grown in 2021. The spokesman for the Government of Navarre, a region governed by politicians on the left and far left, has been prompted by the media to react and has had a hard time justifying the region’s poor performance. At the opposite end, the tax minister of Andalucia, Spain’s most populous region, has recorded an official video in which he explains the region’s evolution in the IACF over the years. The video has since gone viral. Andalucia has climbed four positions since 2020 due to several tax reforms. In the case of the region of Castile and León, the improvement has been faster: seven positions in just one year, mostly due to a strong cut in the inheritance tax. The regional tax minister there received Mr. Hodge, the IACF author, and Juan Pina, secretary-general of Fundalib, to discuss the report and then held a press conference at the regional ministry’s office in Valladolid.

But the largest success is that of the region of Madrid, which has maintained the top position it obtained last year for the first time. The regional tax minister, Javier Fernandez-Lasquetty, a staunch supporter of classical liberalism and economic freedom, and a former vice president of the Guatemalan Universidad Francisco Marroquin for several years, attended the event. In his closing speech, he announced further tax reductions in line with the IACF’s recommendations. Among these, he has now committed himself to eliminate three specific taxes which are levied by the regional government and to reduce the regional part of the income tax by 0.5% per year, starting next year. It is important to note that Madrid is one of the ordinary tax territories, while four other tax territories have larger autonomy when it comes to taxes, thus being able to introduce further tax cuts. Despite this, Madrid has managed to climb to the ranking’s number one position for two years in a row.

Fundalib, together with the Tax Foundation, intends to continue publishing this annual report and to keep lobbying Spain’s regional tax authorities to ease the tax burden on their citizens. The rationale behind the whole project is to boost sub-national tax competition as a powerful instrument to keep overtaxation at bay.

Atlas Network has supported Fundalib and their IACF project extensively.