Sri Lanka: Privatization and Prosperity in the “Wonder of Asia” 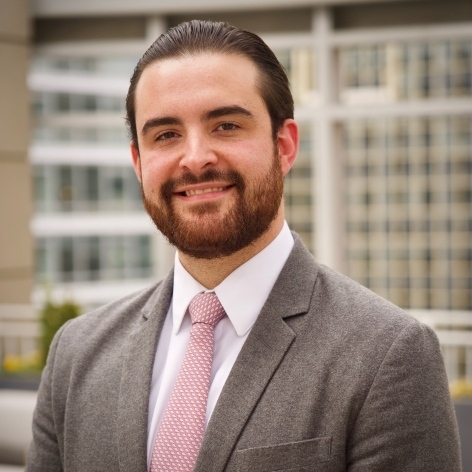 SRI LANKA HAS LONG BEEN LAUDED AS THE “PEARL OF THE INDIAN OCEAN,” and not without due cause. A land of breath-taking natural beauty, the country’s verdant forests, pristine beaches, and exotic wildlife has beguiled many with its beauty for centuries. Boasting a diverse population and vibrant culture spanning millennia, Sri Lanka continues to exert an irresistible allure that speaks to its unique national identity. Yet recent decades have seen this beautiful country wracked by bloody civil war, while unrestrained public sector growth has threatened the prosperity of its people. As the nation rebuilds from this tumultuous chapter in its long and storied history, what is being done to ensure that free markets and prosperity will define Sri Lanka’s future?

Despite its leadership as one of the first countries in Asia to open up its economy in the late 1970s, Sri Lanka’s economic potential was held back by a brutal civil war that took thousands of lives and left thousands more wounded. That violent era was marred by suicide bombings, assassinations, and human rights abuses. The conflict came to a violent end in 2009, with the Sri Lankan government forces crushing the Tamil Tigers insurgency in a military victory. Eight years after the end of the conflict, Sri Lanka has slowly begun to rebuild, although the old wounds still remain.

The civil war’s latter phase and aftermath signaled a marked trend of government intervention into the Sri Lankan economy. Harnessing loyalty to the state during the conflict’s final, bloody days, the government of President Mahinda Rajapaksa (November 2005 – January 2015) used rhetoric of economic nationalism that limited open trade and opposed privatization. Indeed, the number of state-owned enterprises more than doubled in the period 2009 – 2014, signaling a marked trend of state involvement in the Sri Lankan economy.

Directly challenging this unsustainable status quo of rapid public sector growth, the fledgling Advocata Institute has experienced great success in spurring the Sri Lankan government’s recent moves towards privatizing inefficient state-owned enterprises. Launching in May 2016 with its inaugural research paper, The State of State Enterprises in Sri Lanka, Advocata Institute slammed the lack of transparency in the finances and operations of public sector firms, terming it “woefully inadequate” and calling for greater openness of this data. “What we did was a fairly simple exercise: tabulate all of the profits and losses of state enterprises in Sri Lanka,” said D A Jayamanne, a fellow and executive team member at Advocata Institute. “Yet, this was the first time someone had actually done that.”

Using the limited available data, Advocata Institute found that state-owned enterprises suffered a cumulative loss of Rs.636 billion [Sri Lankan Rupees – about US$9.4 billion] between 2006 – 2015. During that same period, the cumulative profit from these government companies was only Rs.530 billion [about US$7.8 billion] (excluding the Employees’ Trust Fund). “The total losses ended up being very large and more than what the government was spending on capital expenditure of education and health,” said Jayamanne. “This I would say provided a new vocabulary to talk about these issues.”

From its very inception, Advocata Institute has taken a strong stand against the squandering of taxpayer dollars at the hands of public sector enterprises. This bold approach was rewarded by the considerable media attention this report generated, including national outlets such as The Sunday Times and the Daily Mirror. “Our report changed the conversation around state-owned enterprises,” said Dhananath Fernando, Advocata Institute’s Chief Operating Officer. “The topic became the spotlight in all media reports,” he continued, reflecting the considerable impact this report has had on how the public sector’s role is perceived in Sri Lanka.

The impact of Advocata Institute’s indictment of state-owned enterprises went beyond the publication of this report: the government began to listen. There is no better example than the recent history of SriLankan Airlines, which has long been the poster child for Sri Lanka’s beleaguered government-run corporations. With US$3.25 billion in debt, fiscally unsustainable flight routes and plane orders, and the appointment of “unqualified political lackeys” to major roles within the airline, SriLankan Airlines inflicted a burden of waste and mismanagement on the people of Sri Lanka.

Advocata Institute’s The State of State Enterprises in Sri Lanka placed SriLankan Airlines squarely in its crosshairs, granting it the dubious title of the country’s third-largest loss-making state-owned enterprise 2006 – 2015 (behind Ceylon Petroleum Corporation in first place, and Ceylon Electricity Board in second place). This in turn meant that SriLankan Airlines accounted for over a fifth of the total losses incurred by state-owned enterprises during that period, making it a perfect example of the problems wrought by government intervention in Sri Lanka’s economy.

Below is a section from Advocata Institute's report, showing the five state owned enterprises with the largest cumulative losses between 2006 and 2015.

“The numbers spoke for themselves” said Jayamanne. “An infographic we did was shown on national TV, and a double spread appeared in the largest national English newspaper before going viral on Social Media,” he continued. “There are few who can defend the airline's existence now.” Advocata Institute made a clear, accessible case against public sector management of SriLankan Airlines, and compellingly illustrated its real and ongoing cost to Sri Lankan taxpayers.

Ultimately, the Sri Lankan government responded to the case for privatizing SriLankan Airlines and began the search for a 49 percent buyer of the airline in 2016 (a process which remains ongoing). This decision seemed to herald a newfound embrace of privatization by Sri Lanka’s government, with Development Strategies and International Trade Minister Malik Samarawickrama stating: “in the hands of the private sector, they [state-owned enterprises] can earn more profits.” By clearly demonstrating the costs to taxpayers inflicted by mismanaged state-owned enterprises such as SriLankan Airlines, Advocata Institute laid the foundations for the government’s monumental decision to move ahead with privatization. Fernando describes the report as “helping to change the conversation” surrounding the privatization of SriLankan Airlines. “Our report set the background to awaken the media, highlight the problems, and discuss solutions,” he said.

The road to an open and competitive economy in Sri Lanka remains long, with much work yet to be done. According to Advocata Institute, there are still 200+ state-owned enterprises in Sri Lanka – in sectors ranging from tourism to energy – and privatization in many areas remains politically challenging. “Unfortunately, the dominant ideology is one that sees privatization as a 'selling off' [of] national assets,” said Jayamanne, “but I think that there is slow understanding that the state does not need to be in non-strategic enterprises.”

“There is a state-owned enterprise for cashew nut production in Sri Lanka, for example,” Jayamanne continued, and while, “there might not be enough movement to either close them down or privatize, there is definitely some movement towards reform.”

Advocata Institute is working tirelessly in the battle of ideas to show Sri Lankans the positive future that a free, market-based economy entails. Indeed, in a testament to its strong beginnings, Advocata Institute was ranked 39th in a global ranking of ‘Best New Think Tanks’ in the University of Pennsylvania’s Think Tanks and Civil Society Programmes 2016. Another example of Advocata Institute's growing credibility is its recent Economic Freedom Summit, which brought together CEOs, opinion leaders, government officials, media, and academics, with opening remarks from Eran Wickramaratne, Sri Lanka's minister of finance.

“It’s a long battle, and Advocata Institute is probably at the forefront on these issues,” said Jayamanne. If the formidable impact and initial successes of Advocata Institute are any indication, then the prospects for a free-market revitalization of Sri Lanka are encouraging.