Taxation is the wrong way to battle inflation 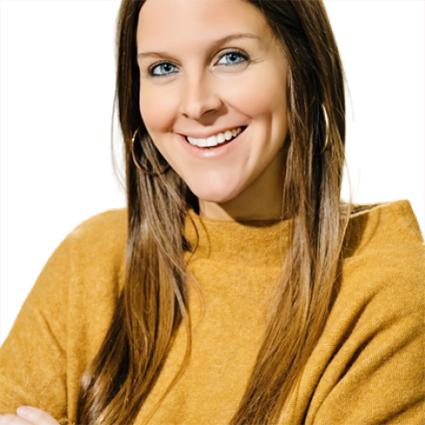 This op-ed originally appeared in the Washington Examiner.

As inflation batters the economy, taxation is being advertised like a miracle drug. One idea is the “billionaire tax.” Another is for the IRS to expand its auditing of individual tax returns .

In Washington, D.C., policymakers must tread carefully. Taxation is the wrong way to battle inflation. It has never worked, nor will it ever. Making the wealthy “pay their fair share” may be a popular talking point, but it will do nothing to slow price increases. To quote Milton Friedman: “Inflation is always and everywhere a monetary phenomenon.”

Worse yet, tax hikes will impede the private-sector entrepreneurs' need to spur economic growth at a time when every single percentage point of expansion is precious.

My home country of Argentina is a sobering case study. In 2020, the Argentinian government implemented a tax on the country’s wealthiest residents in an attempt to offset the economic bleeding of the COVID-19 pandemic. Dubbed the
“millionaire’s tax,” Argentina’s new tax law targeted the job creators responsible for employing countless workers, making it more difficult for employers to keep those workers on the payroll. By 2021, the wealth tax had transferred more than $2.4 billion from individual Argentines to a populist government beset by corruption .

Fast forward to 2022, and has inflation vanished in Argentina? No. To the contrary, annual inflation there hovers around 60% , over seven times the annual inflation rate of the United States. In nearby Venezuela, where municipal taxes are known to rise by 9,481%, inflation is nearly 700% . In neither country have tax hikes reduced inflation — not even close.

Later this year, consumer prices in Argentina are expected to jump by 70%, with Domestic Trade Minister Roberto Feletti, Argentina’s top anti-inflation official, recently resigning in failure . With their currency devalued, people are now forced to carry around large wads of cash wherever they go, literally straining wallets . In April, the Wall Street Journal summed it up best for U.S. readers: “Inflation Got You Down? At Least You Don’t Live in Argentina.”

Those who would expand the scope of Washington, D.C., should learn Argentina’s lessons. Reckless spending has already expanded America's money supply, exacerbating the inflation crisis. According to Johns Hopkins University applied economists Steve Hanke and Nicholas Hanlon, the Federal Reserve’s obsession with printing money carries a direct consequence of higher prices. The Fed’s balance sheet now stands at an unprecedented $9 trillion , following more than two years of virtual money printing in the wake of COVID-19. This is on top of the federal government’s $5 trillion in COVID-related stimulus spending , which exceeds the entire cost of World War II (in today’s dollars).

Enough is enough. When inflation is the problem, the solution is to empower people to keep more of the money they earn, allowing them to spend, save, or invest it as they deem fit. Wealth is not a zero-sum game. Much of the wealth that exists today was created during this century, and the overwhelming majority of wealthy people are self-made, rather than inheritors of wealth.

U.S. policymaking needs to stop punishing success and demonizing those who create wealth, which leads to unintended consequences. Scapegoating entrepreneurs such as Elon Musk , who create Fortune 500 companies and employ tens of thousands of workers, does nothing for growth and progress.

Let’s empower people to start new companies, grow existing ones, and create lasting wealth — instead of taxing it. In many ways, taxation destroys the incentives to earn more money and create more wealth, since it will be taken by the federal government. And incentives are the sparks that ignite growth and progress, with millions of people coming together to achieve more in a market economy. If innovation is the spark, taxation only extinguishes it.

Politicians may not suffer the consequences of their policy proposals, but taxpayers will — and so will the economy. Again, I hearken back to Argentina, a country where 55% of its registered workers are government employees. In recent years, sky-high spending has ballooned Argentina’s debt to more than 102% of the country's gross domestic product, while innovation and entrepreneurship have been halted. Let the extinguished flame that is Argentina’s private sector be a cautionary tale.

There is only one solution to the inflation problem: freedom — freedom for the individual from the federal government. Choosing between Big Government and individual liberty, I encourage everyone to pick liberty — an enduring American tradition. Bet on yourself, not Washington, D.C.