Uber economics: how markets are changing in the sharing economy 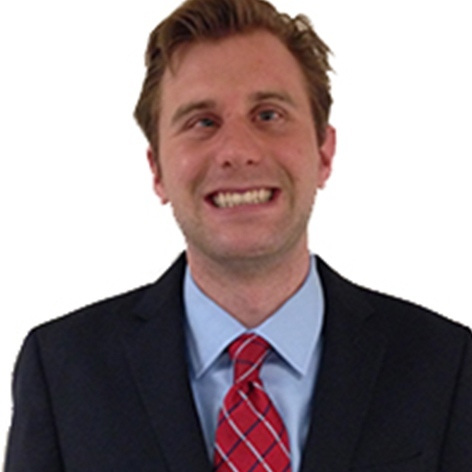 Uber, Lyft, Airbnb. These brand names have dominated headlines over the past year alongside mentions of the "sharing economy." But what exactly is this brave new world of commerce? How is it different from years of trade in the past? Here are four ways in which the sharing economy is fundamentally changing the world around us.

Transaction costs are lowering. Every day, we demand goods and services that could be supplied by people around us, but we’re not aware of how to coordinate with those potential sellers. A commuter taking a similar route to work as you may be willing to give you a lift for a small fare. The used lawnmower you’ve been meaning to buy could be tucked away in your neighbor’s basement. What stands in between buyer and seller are transaction costs — the time, money, and effort needed to facilitate a market exchange. Before the Internet age, the regulatory and liability costs for producers to bring their goods to market were high, as was the knowledge problem that prevents consumers from knowing whom to trust. As a result, market exchanges were often facilitated through firms, middlemen, or even government agencies.

The sharing economy is disrupting this old model by directly connecting producers with consumers, eliminating the need for much of what stands in the middle. Instead of working for a taxi company, drivers can now turn on their cell phones and offer rides to people on the street through mobile apps like Uber, Lyft, or Sidecar as independent contractors. Instead of relying on professional reviews or government regulators to know which restaurants will provide the best meals, consumers can rely on the feedback of average joes through Yelp, TripAdvisor, or Google Maps. Markets are discovering new frontiers of possibility, disseminating information, lowering prices, and opening entrepreneurial doors at an unprecedented rate.

Barriers to entry are being eliminated. As technology continues to lower transaction costs, many of the obstacles producers face to enter a market are completely being eliminated as well — what are known as barriers to entry. Perhaps the most burdensome barrier is occupational licenses, which are essentially government permission-slips to work in a given industry. Instead of spending exorbitant sums in metropolises like New York City to purchase expensive taxi medallions (which regularly sell for more than $1 million each, car owners can now contract their services for little more than a background check. Instead of jumping through the hoops of obtaining a hotel license, people can rent out their homes through Airbnb or Couchsurfing with no consent needed except that of the guest.

By lowering barriers to entry, the sharing economy can help relieve poverty. This gives low-income entrepreneurs — who would otherwise be priced out of the market through costly occupational licenses — the opportunity to flourish in a safe, legal market. According to the Institute for Justice, the average lower-income occupational license requires workers to spend nine months in training and $200 in fees. These costs constitute the line between success or poverty for many aspiring entrepreneurs, but the sharing economy is rapidly eliminating many of these roadblocks — instead, allowing those with initiative to pave new pathways to prosperity.

Regulatory capture presents a challenge. Of course, all of this exciting change brings new challenges. Established firms are fighting to preserve antiquated models of business specifically because they benefit when transaction costs and barriers to entry keep new competitors away. For example, ridesharing services like Uber have faced regulatory challenges in almost every major city they’ve entered. Most recently, the city government of Portland, Ore., ordered Uber to cease service because its drivers lack proper taxi licenses. Some city governments have become especially notorious for their hostility toward the sharing economy. New York City, for instance, threatened to shut down Uber, Lyft, and Airbnb, and has recently even threatened people voluntarily gathering to share a meal.

Regulators are often so hostile to new players in the market because of the tremendous pressure they receive from entrenched interests. This process of lobbying government officials to pass laws favorable to a particular set of business interests is called regulatory capture. Hotels, restaurants, taxicab drivers, and other actors threatened with new competition from the sharing economy have an interest in keeping barriers to entry high so they can reap extra profit from a more captive market. This drama is particularly evident as it plays out in the transportation industry, as car services like Uber often advertise how much cheaper their fares are in comparison to taxis. Economic interests are so deep-seated in many industries that regulatory capture is not bound to disappear anytime soon. The sharing economy will certainly face many more challenges, but regulators should remember that competition means more opportunities for entrepreneurship within the poor and middle classes, as well as lower prices for consumers — which gives them more money to spend or invest elsewhere, expanding the economy.

Creative destruction will ultimately win out. Although regulatory capture may amount to speedbumps that prevent the sharing economy from accelerating, the government ultimately can’t stop technological progress. Entrepreneurs will continue to use new tools to make goods and services faster, better, and cheaper. Government force cannot suppress consumer will. Companies like Uber have demonstrated that they realize this by opening in many cities where the legal status of their operations is uncertain, or even forbidden. Several state and local governments are trying to get ahead of this curve by approaching Uber first in order to draft new 21st century regulations. Colorado, for example, became the first state to officially legalize ridesharing services.

Established industries must also learn to evolve to meet modern technological realities, or become obsolete — an economic process called creative destruction, in which innovators create new competitive pressure that drives market actors to abandon inefficient models and improve their own services. The taxicab industry, for example, released a ridesharing app in 2011 called Hailo that aimed to compete with upstart ridesharing services, although it ultimately failed and halted service in North American markets.

The sharing economy’s amplitude of disruption is ultimately in the hands of established market actors. Consumers will always demand the best products at the lowest price. It’s up to firms to get on board with providing them or remain left behind.

The opinions expressed in this commentary are solely those of the author.