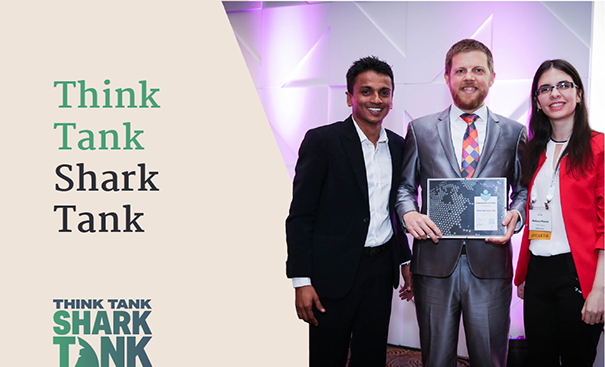 Do you have what it takes to stand before an audience of over 500 and pitch your organization's most cutting-edge project? How about before a panel of potential supporters who will quiz you on the intricacies of your plan? In only 5 minutes?

In the spirit of innovation, the Think Tank Shark Tank Competition highlights three grantee contestants who will each have 5 minutes to pitch one of their Atlas Network-funded projects before a panel of judges and an audience of the world's top freedom advocates, influencers, and supporters at Atlas Network's Liberty Forum on November 16th in New York. The winner will receive $25,000 in additional funding for that project!

Applications for this award are by invitation only. If you have an idea for a compelling and innovative project that is not currently supported by an Atlas Network grant, but you believe it would be a good fit for the competition, please contact Hunter Rauch.


2019
The Free Market Rules Curriculum
Libertas | United States
Connor Boyack won the 2019 Think Tank Shark Tank Award for his pitch for a curriculum-based project that would provide weekly lessons for both children and their parents to learn about free-market economics and the advantages of a free society. Read more about Connor's pitch here.


2018
Talas
Libertarian Club Libek | Serbia
Petar Čekerevac won the 2018 Think Tank Shark Tank Award for his pitch for an online media outlet Talas ("The Wave"), which brings the ideas of liberty and libertarian commentary and opinion to millennial audiences in Serbia.