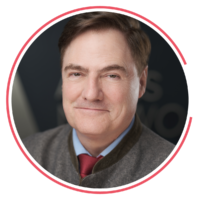 Dr. Tom G. Palmer is executive vice president for international programs at Atlas Network where he holds the George M. Yeager Chair for Advancing Liberty. He is co-author with Matt Warner of Development with Dignity: Self-Determination, Localization, and the End to Poverty (Routledge, 2022). He is also a senior fellow at the Cato Institute. Before joining Cato, he was a vice president of the Institute for Humane Studies at George Mason University. Until the pandemic he traveled extensively to work with NGOs promoting liberal democracy and locally-led economic development, which he had been doing since before the end of the USSR and its empire. He has published in journals such as the Harvard Journal of Law and Public Policy, Foreign Policy, Ethics, Critical Review, Global Policy, Eurasia Review, and Constitutional Political Economy, as well as in publications such as the Wall Street Journal, the New York Times, Die Welt, Caixing, Al Hayat, Boston Review, the Los Angeles Times, the Washington Post, and The Spectator of London. He is the author of Realizing Freedom: Libertarian Theory, History, and Practice (Cato Institute, expanded edition 2014), the editor of The Morality of Capitalism (2011), After the Welfare State (2012), Why Liberty (2013), Peace, Love & Liberty (2014), and Self-Control or State Control? You Decide (2016), and a contributor to numerous volumes, mostly recently Truth and Governance (Brookings Institution, 2021), co-edited with William Galston. Palmer received his B.A. in liberal arts from St. John's College in Annapolis, Maryland, his M.A. in philosophy from The Catholic University of America, Washington, D.C., and his doctorate in politics from Oxford University.

High-resolution headshots for media, editorial, and approved event use.