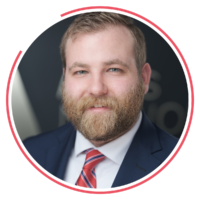 James graduated from George Mason University in May 2017 with a bachelor's degree in Economics and a concentration in PPE. While at GMU, he became a Schumpeter Fellow with the Mercatus Center and built a strong foundation in the study of free-market economics. James joined Atlas Network in July 2017 after previously interning with Atlas Network in the summer of 2016. A local Virginian, James grew up in the Shenandoah Valley and currently resides in Fairfax, Virginia, and when he is not traversing national parks, you can catch him at a baseball game or a museum.