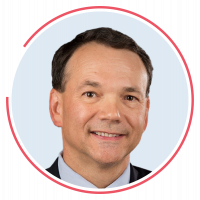 Joseph G. Lehman is president of the Mackinac Center for Public Policy, an independent, nonprofit research and educational institute in Michigan. The Mackinac Center is one of the largest of 65 independent think tanks across the country that focus primarily on state-level policies that affect peoples’ freedom and quality of life. Lehman first joined the Mackinac Center in 1995. He later became vice president for communications at the Cato Institute in Washington, D.C., before returning to the Mackinac Center as its executive vice president. He became president in 2008. Lehman’s commentary on public policy has been carried by The Wall Street Journal, The Washington Post, National Public Radio, National Journal, National Review, Investor's Business Daily, Wired magazine and nearly every daily Michigan newspaper. He has addressed audiences at the National Conference of State Legislatures annual meeting, the Detroit Regional Chamber's annual Mackinac Policy Conference and gatherings of economists and policy experts in Europe, Latin America, Africa and Asia. He is vice chair of the National Taxpayers Union and a director of the Fairness Center, a nonprofit public-interest law firm. Lehman is a leader among state-based public policy experts. In 2013 the State Policy Network recognized him with its Roe Award for leadership, innovation and accomplishments in public policy. He has trained more than 600 think tank executives from nearly every state and more than 50 countries in strategic planning, communications and fundraising. Lehman is the leading instructor on the Overton Window theory developed by late Mackinac Center vice president Joseph Overton and has trained people around the world to understand this model of policy change. Prior to his public policy career, Lehman was an engineer and project manager for nine years at The Dow Chemical Co. He graduated from the University of Illinois College of Engineering and is a registered professional engineer. Lehman and his wife, Karen, are the founders of Midland County Habitat for Humanity. He twice received the Dow Chemical Vice President's Award for Community Service. He is an ordained deacon in the Presbyterian Church in America.