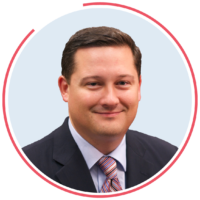 Since joining the Mackinac Center in 2012, Reitz has overseen efforts to advance free-market recommendations in Michigan. The team’s victories include right-to-work legislation, pension reform for school employees, criminal justice reform and ground-breaking legislation to expand ridesharing in the state.

Before joining the Mackinac Center, Reitz was with the Freedom Foundation in Olympia, Washington, as its general counsel and director of labor policy. While there, he litigated for accurate elections, defended the First Amendment rights of individuals, fought against governmental abuses of power and wrote extensively on constitutional law.

Reitz has overseen the Center’s effort to inform public employees of their rights through outreach, legal support and legislative affairs. In the past five years, the Center has educated more than 100,000 government workers about their First Amendment rights.

Reitz is president of the Michigan Coalition for Open Government, an organization that educates citizens about the importance of government transparency. He serves on the board of Americans for Fair Treatment, which offers resources and support to public sector union members.

Reitz frequently comments on public policy issues and has been cited by the Wall Street Journal, the Los Angeles Times, the Boston Globe, the Seattle Times and other publications. He is a co-author of “To Protect and Maintain Individual Rights,” a reference guide to the Declaration of Rights in the Washington Constitution. Reitz received his law degree from Oak Brook College of Law and Government Policy. He is a member of the Washington bar and is admitted to practice before the U.S. Supreme Court and the U.S. Court of Appeals for the 9th Circuit.