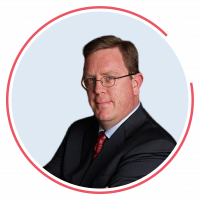 Michel Kelly-Gagnon was the president of the Montreal Economic Institute from 1999 to 2006. He was president of the Quebec Employers Council until January 2009. Early in his career he practiced law with Colas & Associates in Montreal.He was one of six people from Quebec honoured in Canada’s Top 40 Under 40™ 2008 awards. In 2010, the Canadian Minister of Industry appointed Mr. Kelly-Gagnon to the Board of Directors of the Canada Foundation for Innovation, an independent corporation which supports world-class research and technology development. He is also actively involved in the board of directors of the Fondation Universitaire Pierre Arbour and the John W. Dobson Foundation. He’s been back at the helm of the Montreal Economic Institute since January 2009. He has a degree in law from the Université de Montréal. Mr. Kelly-Gagnon is a member of the Mont Pelerin Society.