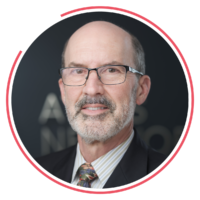 Montgomery B. Brown is the vice president of the Sarah Scaife Foundation in Pittsburgh, Pennsylvania. He has held that post since January 2016, shortly after the closure of the Earhart Foundation, where for a decade he had directed its program of supporting scholarship in the humanities and social sciences at universities and other nonprofit research organizations. From 1996 to 2005 he worked at the American Enterprise Institute, ultimately as vice president in charge of publications. Earlier Monty had worked for the Philanthropy Roundtable, the Hudson Institute, and the National Endowment for the Humanities. Monty earned a bachelor’s degree from the University of Chicago and a master’s degree in political science from Boston College. He is a member of the Mont Pelerin Society and of the board of directors of the Commonwealth Foundation, a Pennsylvania free-market think tank.