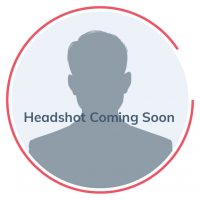 Stephanie Giovanetti Lips joined DonorsTrust in 2018 as a philanthropy advisor with a general focus on planned giving. Before joining DonorsTrust, Stephanie led the events department at Atlas Network, leading its international expansion to organize annual events in Asia, Africa, Europe and Latin America. She also took on major gift officer responsibilities and headed up its planned giving program. Stephanie has consulted on events and fundraising for organizations such as The American Spectator, the Future of Freedom Foundation, National Association of Chemical Distributors and Johnson and Johnson. Stephanie attended Marymount University and has a B.A. in English Literature. When not working for DonorsTrust or mentoring think tank leaders from within the Atlas Network or speaking on topics close to her heart, like planned giving, Stephanie loves listening to the giggles of her children and the panting of her dog, Scooby Doo.