Building a reason for hope in the favelas 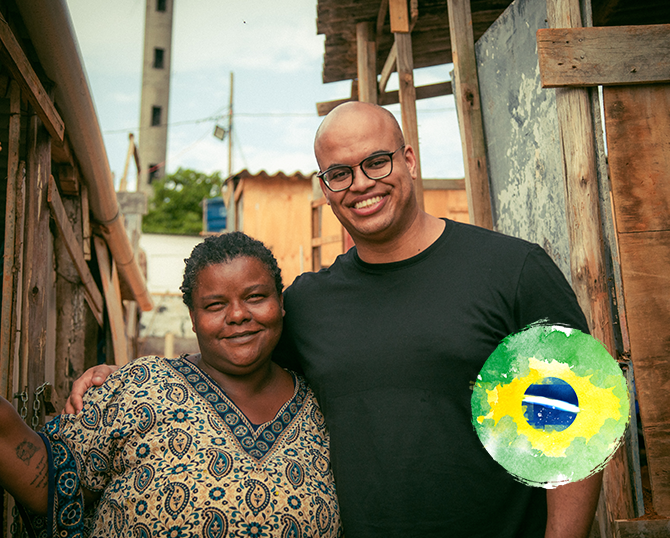 Watch the virtual reality film below! For the best experience, watch it on a VR device or on a mobile device with a VR headset. 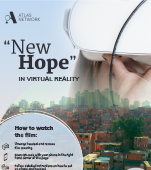 Nova Esperança (New Hope) is one of Brazil’s many favelas. The people who live here are independent, enterprising, and capable, but their legal circumstances hold them back from truly escaping poverty. Favelas are built on government land, and the lack of property rights for those who live there means government forces can and do regularly displace families and destroy their homes. Together with Students For Liberty Brasil (SFL Brasil), Nycollas Liberato aims to change that.

Nycollas is the executive director of Students For Liberty Brasil, one of the world’s largest and fastest-growing pro-freedom organizations. Though not from a favela himself, Nycollas grew up in modest circumstances. He’s seen how residents of these communities are kept in poverty by weak institutions. They work hard and support each other, despite their often desperate situations. For example, Kuka moved to New Hope about a year ago after her home was destroyed by a flood. She’s already stepped up as a community leader to organize donations supporting the neighborhood’s children. Another woman, Letícia, works with her son, Samuel, to make and sell traditional Brazilian desserts called brigadeiros. They don’t make much money, but they’re saving for the future.

Working hard for a better tomorrow

People like Kuka, Letícia, and Samuel want to live prosperous, peaceful lives and escape poverty through their own ingenuity and effort. SFL Brasil wants to empower them to do just that. People move to cities to find better work, escape abusive situations, or as a result of a natural disaster, but for some, living in a favela is all they can afford. They want to survive and, eventually, build better lives. They’re starting at the bottom, but they already have the entrepreneurial spirit they need to succeed. What they need to go further are rights and better institutions that recognize and protect their rights. Without these, they will continue to live in fear of having to rebuild their lives over and over again.

Trapped in an abusive cycle

By inhabiting favelas on state-owned land, people live in fear of being swept out of their homes and the businesses they’ve built. That fear leads residents to invest little in tangible assets, such as their own house, which increases their already hazardous situation. According to Nycollas, state-directed destruction of homes and goods is the rule, not the exception. That was especially true and visible to the world in the lead-up to Brazil’s hosting of the 2016 Summer Olympics and the 2018 World Cup. Without private property rights, favela residents face more violence, opportunism, and uncertainty, which create significant barriers to one’s pursuit of prosperity.

Letícia and Samuel are a clear example. They are both working hard for a better future, but they might suddenly lose everything they have built. If the government decides to reuse the land they now reside on, there is little they could do. Until favela residents can have their private property rights protected, poverty will continue to be their reality.

Property rights are the solution

Nycollas and Students For Liberty Brasil want to change the dynamic in the favelas. When rights are recognized and protected, human flourishing can finally take place. Despite the challenges of working in an area with high crime rates, SFL Brasil is dedicated to improving the lives of its residents by promoting private property rights. They work directly with the people who live there to show them how better institutions can transform their lives. By working with leaders like Kuka, or entrepreneurs like Letícia and Samuel, Students For Liberty Brasil is able to understand the lives and needs of the people—and respond with solutions that go beyond the simple material help that has typified most foreign-aid programs.

The power of local innovators

Atlas Network has supported SFL Brasil since its very beginning through grant funding, training, and more. In only six years, Students For Liberty Brasil has grown to become an inspiring organization that has already achieved a tremendous impact and is set to go even further. They have educated thousands of policymakers, students, and the public about the value of liberty through dozens of events across Brazil and even inspired a cross-party group of legislators to pledge to create a more welcoming environment for entrepreneurs. Now, they’re working with the U.S.-based branch of Students For Liberty to produce an in-depth film project and an accompanying book to highlight the challenges people face in the favelas and show how property rights could help alleviate many of those challenges. Once the full recognition of property rights is achieved, the people of Brazil will have one less barrier to human flourishing.