Brewing beer, feeding the homeless with a credit reform 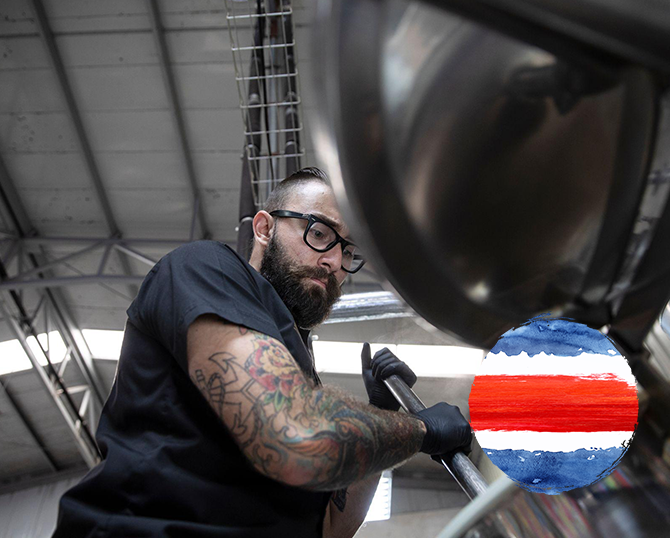 Beyond their wildest dreams

Located in the heart of Costa Rica, San José is home to exquisite architecture, lush rainforests, and friendly locals. It is also home to an abundance of entrepreneurs and bustling small businesses. One family-owned business in particular stands out to its community—Costa Rica Beer Factory (CRBF), co-founded six years ago by Mónica Mendoza and Jaime Zuluaga as just a small restaurant. Today, Costa Rica Beer Factory has four restaurants, a brewery, a small distributorship, and an event venue that hosts craft beer fests and other cultural events. Costa Rica Beer Factory is just one example where reducing and removing artificially imposed barriers can allow small businesses to prosper beyond their wildest dreams.

The Zuluaga family and their team take great pride in their work—their delicious meals and craft beers—but what is even more important to them is what they do together each Thursday night. On “Foundation Day,” as they call the weekly gathering, the CRBF team sets up a street kitchen, feeding the homeless and needy in what many in Costa Rica call the roughest neighborhood in the country. Distributing food is often a frantic process, but it is a rewarding experience as they give back to their community by serving hundreds of meals to people in need.

Empowering entrepreneurs to do good

The Atlas Network team and Luis Loría of the Instituto de Desarrollo Empresarial y Acción Social (IDEAS Labs), a San José-based free-market think tank, met the Zuluaga family on one of these Thursdays. Aided by over US$40,000 from Atlas Network, IDEAS Labs had previously led a widespread effort to remove barriers to doing business, and their success in improving access to credit has had an enormous impact on small businesses such as CRBF.

Over a hundred people were already waiting. It became clear that CRBF’s work goes well beyond providing meals as the Zuluaga family embraced familiar visitors and graciously welcomed new ones. As people continued to come by for a meal, Mónica explained, “Our success allows us to do this, but we want to do even more.”

Costa Rica Beer Factory is more than just a beer lover’s paradise. The hard work by Mónica, Jaime, and the entire Zuluaga family is an example of how a small business can flourish when barriers are eliminated and entrepreneurs are given the tools to succeed. And with an ever-growing platform, the Zuluaga family is making the most out of their success by uplifting the communities that need it the most—and inspiring other small businesses to prevail.