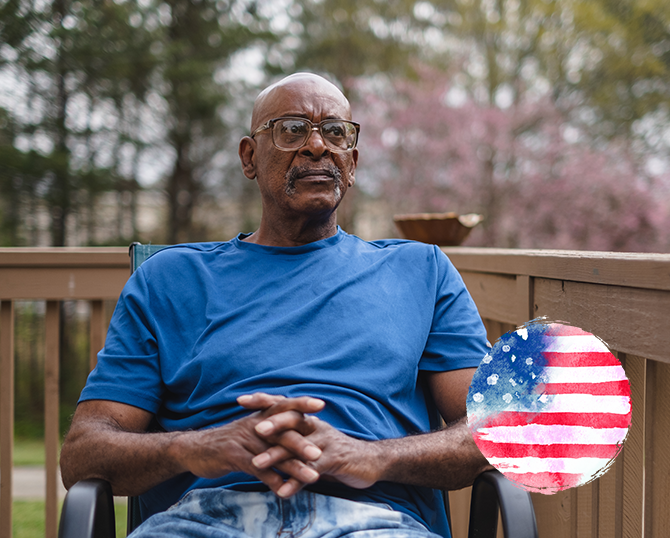 For those who have lived behind bars for decades, the first week of freedom is often the hardest. Many struggle to get a foothold, return to crime and, eventually, prison. Unfortunately, hard work and a desire for a better life isn’t always enough. That's where organizations like Atlas Network partner Georgia Center for Opportunity (GCO) come in. They are dedicated to removing barriers to prosperity and human dignity for all Georgians, including those who have served time. GCO has made great strides in helping former prisoners reintegrate into society through programs that make it easier to find and keep work and housing. An example of an independent reentry home is Vital Signs Reentry Home in northern Georgia.

After over forty years in prison, Larry Williams spent his first week of freedom in Vital Signs Reentry Home. “This program helps them with food, clothing, shelter, a safe haven for them to get restarted back in life,” said Pastor Lee Robbins, founder of the home. A safe haven is exactly what Larry found at Vital Signs. “People do what they have to to survive in prison,” Larry said. “It’s a blessing to be free.”

Freedom might be better than incarceration, but that doesn’t mean it’s easy. “We have to have the ability to be able to cope with society,” Larry said. “It’s a different society than what we left. It’s a big change. We have to adjust mentally, spiritually, and emotionally. If you don’t, you’re lost. I had some friends who just totally lost their minds. They got out and went right back into the system. They said they couldn’t make it out here.”

The lack of opportunity that exists for formerly incarcerated individuals can crush any hope they might have for a brighter future. A dearth of job skills—in addition to the simple presence of a criminal record—makes it difficult to obtain gainful employment. For those who have been behind bars for an extended period, the technology that most of us take for granted is a daunting challenge all its own. “You get your freedom, then you become somebody,” Larry said. “But you have to make a lot of changes in life in order to stay out here in this world.” Tony Kitchens, a board member for Georgia Center for Opportunity, knows this struggle. “The toughest time for me was when I got out of prison,” Kitchens said. “There was a time I would’ve wanted to go back to prison, because in prison I knew how to survive, but coming out, you’re like a lost sheep.”

A chance for freedom

Larry went to Vital Signs on his first day of freedom after 42 years in prison. Besides the basic necessities, the reentry home helped him fill out job applications and learn how to use the internet. “A chance for freedom. It’s ok,” he said. “But I’m trying to get back to work.” The reentry program helped Larry navigate the employment process, and he secured a job at a chicken processing plant. “It’s good work,” he said. “Good exercise. Having a job is one of the biggest, best responsibilities you can have. The time that you did incarcerated doesn't set you apart from the next person that’s in society. A job makes you a citizen all over again, makes you responsible for a lot of things in life.”

“To get returning citizens a job in their first seven days out is critical,” said Pastor Robbins. “We know jobs and opportunities like that bring dignity.” Organizations and services like Vital Signs are essential to helping individuals reenter society on a path toward a healthy and constructive future. Georgia Center for Opportunity is critical to this effort as they break down barriers that stand in the way of that better future. Through their “Ban the Box” campaign, for example, GCO convinced the government to remove from state job applications the requirement that formerly incarcerated people indicate a past criminal record. Believing that no one’s life and prospects should be defined by their worst day, this makes it easier for them to get an interview and, hopefully, a job based on their merits and relevant skills rather than being passed over due to past mistakes.

Larry’s story is one of success thanks to Vital Signs and Georgia Center for Opportunity, but there are many more people like him who leave prison without the guidance and support he received. GCO is committed to helping them too.