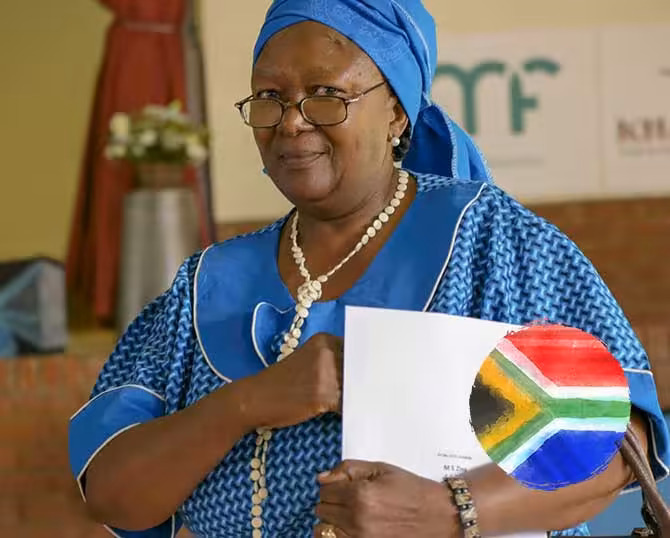 Enacted in 1913, the Natives Land Act prohibited black people from buying or owning land and also forbade them from being tenant farmers on land owned by white people. Post-apartheid reforms in the 1990s sought to reverse this oppressive legacy by ending the prohibition and making it possible for tenants of government property to obtain freehold title to their homes.

The new law, however, has not been sufﬁcient to trigger the change that Nolutshungu describes. The vast majority of title conversion candidates today remain either unaware or distrustful of the opportunity. The Free Market Foundation (FMF) started the Khaya Lam project to bridge this divide and to secure titles for as many conversion candidates as possible.

About The Free Market Foundation

The Free Market Foundation (FMF) is a South African think tank founded in 1975 to promote and foster an open society, the rule of law, personal liberty, and economic freedom as fundamental components of its advocacy of human rights and democracy based on classical liberal principles. One of the founders, Leon Louw, is a South African intellectual entrepreneur and life-long property rights activist. His interest in property rights came from an early personal experience while working at a law ﬁ rm in Johannesburg. According to Louw, “Every day I saw and occasionally bought food from an elderly black woman who sold fruit on the sidewalk outside our law ofﬁces. One day I saw the police kick her basket of fruit into the street, and chase her down around the corner where they caught and arrested her; they threw her violently into their police van, and drove off. I dropped what I was doing and followed. They took her to [a] central Johannesburg police station where I spent the rest of the day trying to get her released.”

This anecdote describes the spirit and motivation behind both FMF and its Khaya Lam (My House) Land Reform project, an initiative to return freehold land titles to survivors of South Africa’s apartheid. As Temba Nolut-shungu, co-director of FMF, explains, “I still remember a time when black South Africans could not even conceive of owning land.”

Today, FMF is led by executive director Louw and co-directors Eustace Davie, Temba Nolutshungu, and Jasson Urbach, and employs 10 full-time and three part-time employees with an annual operating budget of roughly US$650,000. Its board of advisors includes the highly regarded economists Deepak Lal and Israel Kirzner.

How The Free Market Foundation Helped

The goal of the Khaya Lam Land Reform project is to secure title for previously disenfranchised South Africans. FMF estimates there are as many as 7 million such candidates, an immense ﬁgure. To turn legal rights into reality, the FMF team knew they needed to test a new model for facilitating land title conversion at a smaller scale, using the results to inspire further cooperation and replication throughout the country.

The team developed the initial goal of converting 3,000 municipally owned rental houses into freehold titles through a pilot project. They believe this will not only encourage economic growth in the communities affected, but also hope that the positive outcomes will convince government leaders to extend the title conversion policy to all 7 million of South Africa’s government-owned rental houses.

The team identiﬁed the Ngwathe municipal area of the Free State province for a pilot project. Ngwathe includes approximately 17,000 candidate properties, and has a municipal council led by a majority party that largely supported land titling at its founding.

The FMF team had gotten to know a retired farmer in Ngwathe named Perry Feldman, who later became a project manager for Khaya Lam. Feldman made introductions to local ofﬁcials and Louw made a request for a meeting with the municipal council in order to present the FMF plan, explaining the anticipated economic beneﬁts for the community. The council voted and approved the plan, including a provision that the council would not “impose preemptive conditions that restrict the rights of what black residents may do with their land.”

According to Nolutshungu, this provision was important because, “In a free market, there has to be voluntary exchange, personal choice and private property. Only when government accepts these principles as sacrosanct can South Africa realize a peaceful, socioeconomic revolution that will result in the economic uplifting of the greatest number of people.”

The council was not only supportive, but, ac-cording to FMF project coordinator Gail Day, it promised to provide “a one-stop-shop to deal with and minimize formalities and red tape.” Because of this reduced administrative bur-den, and because FMF had negotiated a bulk rate with attorneys, the project was able to reduce the average cost per title at the time from US$348, a formidable sum for local residents, to about US$122. With an average proper-ty value for candidate homes in Ngwathe of US$8,000, this represented a compelling value proposition.

Another FMF representative, Jeanette Mpondo, then set up an ofﬁce in Ngwathe in cooperation with the council, and served as a land reform liaison ofﬁcer to work directly with potential beneﬁciaries as she helped them pre-pare documentation for their title applications.

Setting up the ofﬁce in Ngwathe was a critical step. The FMF team quickly learned the importance of local relationships and building trust. Mpondo maintained ofﬁce hours, but spent much of her time working in the community to better understand residents’ views. This helped FMF get up to speed quickly on local concerns and adjust accordingly.

For example, local residents did not trust the attorneys that FMF had initially hired to serve them. Because they were from out of town, they were seen as foreigners and not committed to local residents’ best interests. In their place, FMF hired local attorneys who under-stood local attitudes and who had existing relationships with residents.

The team also gained a deeper appreciation for the role of marketing and outreach, particularly the need to explain the beneﬁts of titling. For some, the opportunity to own property is innately attractive. For others, the beneﬁts are less obvious and the administrative hurdles and accompanying costs arouse suspicion.

To combat this, the FMF team developed a multi-pronged marketing strategy. First, they went door to door introducing themselves to candidate residents and explaining the economic beneﬁts of ownership. Mpondo was also given a weekly slot on the local radio station to speak to residents about the beneﬁts of titling, and to invite applications when new donor funds be-came available for titling.

Second, they held informational events to ex-plain the application process and to provide an overview of ownership beneﬁts (opportunity to sell, incentive to improve, and ability to access credit markets). Those events also provided residents the chance to ask questions such as, “Will my children really be able to inherit my property?”

Third, they organized functions at which larger donors could personally present the title deeds to the new homeowners they sponsored. For instance, representatives of the First National Bank presented title deeds to 200 successful applicants in the school hall in Tumahole township. FMF also invited project donors to witness the transfer of title and to get to know the people their funds had beneﬁ ted. For example, FMF held a titling ceremony for Maria Mothupi, who was 99 years old at the time. For Mothupi, the beneﬁts of her new title were clear: She would now have something to leave her grand-children. She also said she would invest in a few improvements on the property. As Nolutshungu notes, “for many black South Africans [land titling] is a healing process.”

Donor Tersia Cook joined the ceremony and celebrated with Mothupi. Cook said she made the donation in lieu of a birthday present to her brother and was so glad she did so. She later threw a 100th birthday party for Mothupi in January 2016, with FMF in attendance.

The FMF team shared Mothupi’s story in marketing materials and generated some media attention. By using the title transfer ceremony as an opportunity to both galvanize donors and expose neighbors and friends to the opportunity, FMF was able to accelerate its rate of applicants and expand its funding.

Fourth, the team also secured the vocal sup-port of popular government leaders such as Free State Premier Ace Magashule and Ngwathe Executive Mayor Joey Mochela. Those leaders helped to draw media to titling ceremonies where reporters could meet the individuals and families beneﬁ ting from the project. Those stories helped to engage key audiences and energize them for this cause.

Fifth, FMF reached out to local businesses, including banks and farms, explaining the signiﬁ cance of the work they were doing. Some farms began sponsoring their workers’ titles. Through word of mouth and media attention, other businesses began calling FMF to ask how they could get involved. For example, a nation-wide hardware company has sponsored 54 title transfers in Ngwathe and promised to carry out titling in every area where it operates stores. A fruit exporter promised to assist all of its 100 or so workers to obtain title to their homes. A large steel manufacturer in the Johannesburg metropolitan area is exploring the feasibility of helping 5,000 of its workers obtain title to their homes. Those opportunities are helping to pave the way for expansion beyond the pilot project and into other municipalities.

By early 2016, the pilot project had secured 870 land titles in Ngwathe, with another 300 in the pipeline. There has been an increase in donor interest in titling in other areas, too, with contributions and pledges received for 1,700 title transfers, mainly in the Cape Town area.

FMF has demonstrated that for every US $100,000 in funding it secures for direct project expenses, it is able to generate approximately US$6.7 million in capital for low-income South Africans. This translates into potential for loans for education expenses, new businesses, and property improvements, as well as opportunities for inheritance and relocation. 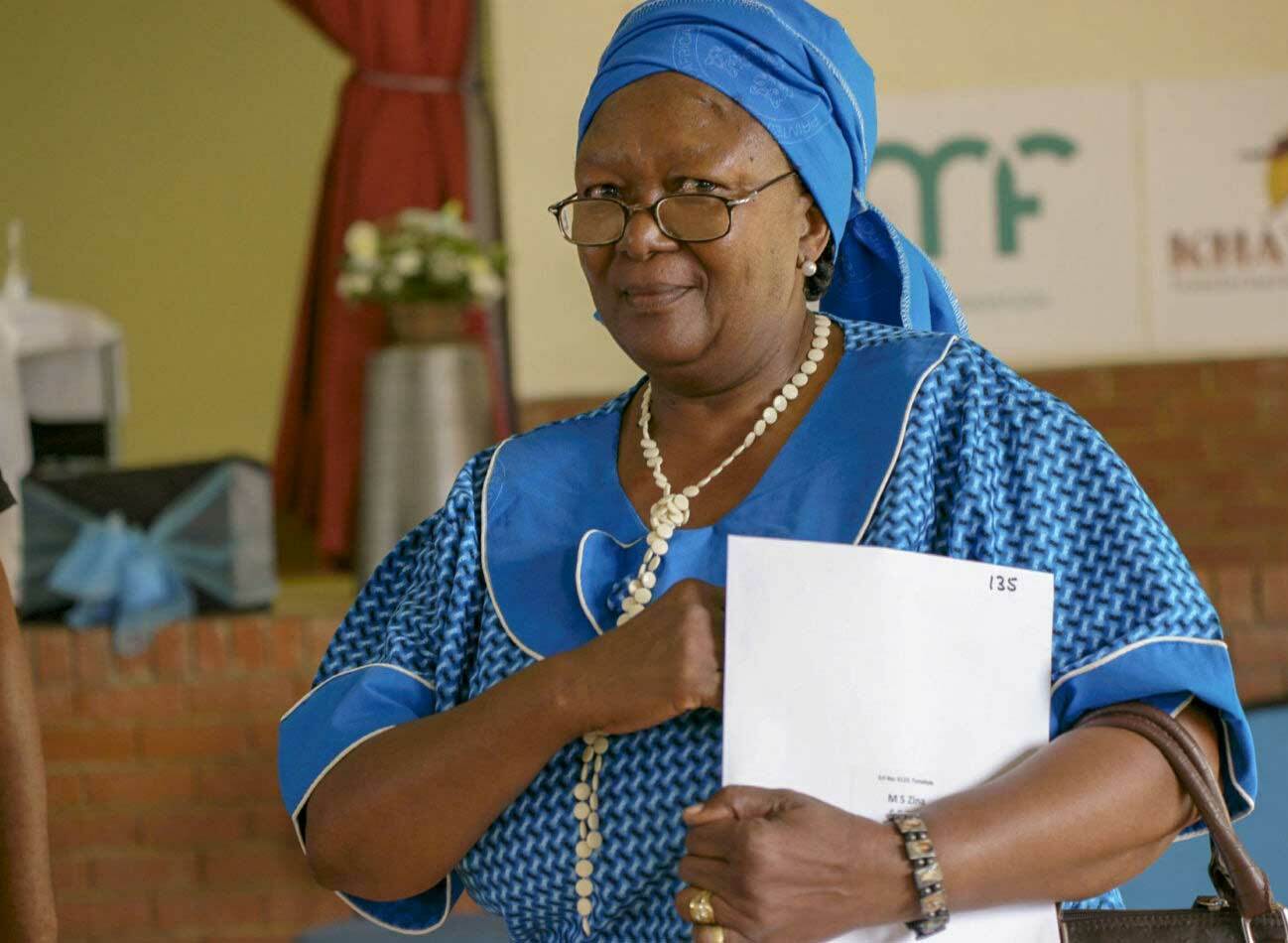