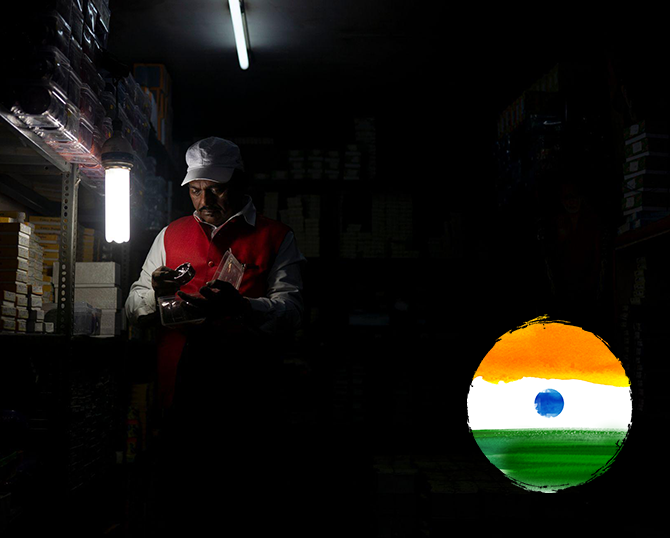 Street vendors make up a huge portion of the Indian population—10 million people according to India’s Ministry of Housing and Urban Poverty Alleviation—and provide anything the average shopper might need. Selling everything from food staples to clothing, street vendors are an integral part of life in India. Despite their prevalence, for decades they were afforded little legal protection and were often at the mercy of any government actor who decided to take issue with their presence. But that is changing, thanks in no small part to one organization and their work to protect the human dignity and essential livelihoods of millions of people.

A voice to change the system

Dinesh Kumar Dixit is one of those street vendors—known locally as a “rehri-patri walla”—and he’s spent over 40 years standing on a Delhi street, selling the sort of glass bangles that are a specialty of Firozabad, his hometown in Uttar Pradesh. When Dinesh moved to Delhi, his knowledge of bangles was the only way he knew how to make a living. Money was scarce, so he slept on footpaths and loaned out his wife’s jewelry for 28,000 rupees (US$400), so that he’d have enough money to start a small street vending venture as a bangle seller. That business helped him provide for his family and, slowly, grow his small business.

For decades Dinesh was at the mercy of the police, local authorities, and municipality of Delhi, who would either evict vendors or harass them by forcing them to pay bribes.“I have maintained a record of every single fine/challan (ticket) that I have paid for the last 41 years,” recalls Dinesh. “The police would come take my stuff and fine me. I’d refuse to pay bribes and they’d confiscate my stuff. I felt helpless and had no voice to fight the system but I continued my struggle.”

Securing the right to a livelihood

Centre for Civil Society (CCS)—an Atlas Network partner in India—took issue with the way street vendors were treated. Enabled by US$150,000 in funding from Atlas Network, they played an instrumental role in advancing the groundbreaking Street Vendors (Protection of Livelihood and Regulation of Street Vending) Act in 2014. Under the act, Dinesh and other millions of street vendors in India—who answer to regional names such as hawker, pheriwala, rehri-patri walla, footpath dukandars, or sidewalk traders—were afforded protection from the police and a voice in the system.

The Street Vendors Act secures the rights of street vendors to have a livelihood and fosters a congenial environment for urban vendors to ply their trade without harassment or eviction from the local authorities. The legislation also provides for the establishment of Town Vending Committees (TVCs) that look into matters affecting street vendors. Representatives are elected to the committee to address issues such as new locations for vending zones and identifying vendors.

From bangle seller to member of the legislative assembly

Today, Dinesh is an elected member of one such Town Vending Committee in New Delhi. He attributes his success to his source of inspiration—his wife—who passed away several years ago.

From living on a footpath to being able to build his own house, Dinesh considers himself a very fortunate man. His family has been his most important source of support and comfort. Today, he shares his home with his son, daughter-in-law, nephews, and three grandkids. Every morning the entire family comes together to pray and enjoy a hearty meal together before Dinesh heads out for work.

"From floor to sky"

Despite becoming a respected member of the community, he hasn’t forgotten his roots. He still opens his shop daily in the same market of Sarojini Nagar in Delhi, where he’s sold bangles for the last 43 years. He goes to the warehouse to pick merchandise, and he and his son run their successful business together. As a TVC member, Dinesh devotes his time to improving the lives of other street vendors. The same local authorities who wouldn’t listen to him now sit across the table as Dinesh challenges them if they fail to listen to the issues of street vendors. “I feel empowered and now with the support of other vendors, I too have a voice in the system,” he says with pride.

Dinesh often spends time with his old friends in the market—other vendors who have celebrated with him as he’s built his business and raised a family. They often refer to his success as “Farsh se Arsh tak” (“from floor to sky”)—from sitting on the floor and selling bangles, to now having a seat at the table with local authorities. He represents the changing face of India’s street vendors, who have been empowered through the local support of think tanks.

In 2019, Dinesh was planning to run for office as a member of the legislative assembly (MLA) in India. “If the chaiwala [tea seller] can be the Prime Minister of India, why can’t a chudiwala [bangle seller] be an MLA?” asks Dinesh proudly.