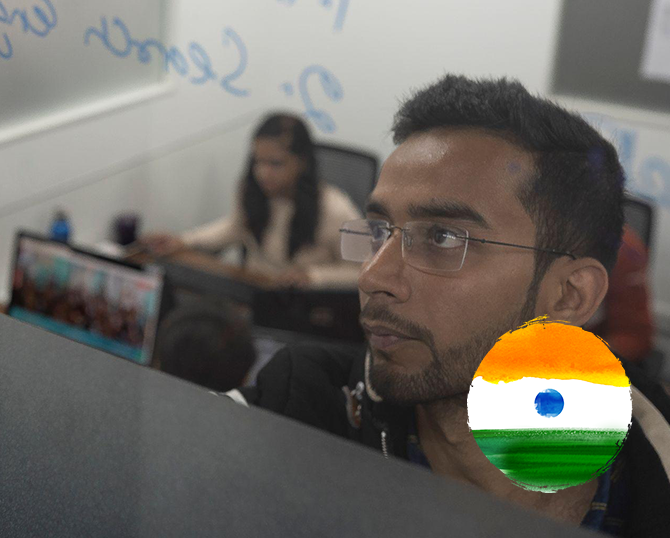 A community open for business

More than 125,000 people live in the Zakir Nagar neighborhood of New Delhi, but this close-knit community feels more like a small town where everyone knows each other. Famous for its “food walk” that comes alive during Ramadan celebrations, this Muslim corner of the city breathes a cultural vibrancy into the diverse social fabric of New Delhi.

Riding his motorcycle through Zakir Nagar’s narrow streets is 27-year-old Zubair Ahmed, a businessman who owns a web development and digital marketing company with 13 employees and office space in a prominent business hub in New Delhi. Reserved and polite in conversation, Zubair comes alive when asked about either of his two passions: AddtoGoogle, which he started in 2018, and his community service. However, the prosperity Zubair and his company now enjoy comes after years of hard work.

The Companies Act, passed in 2013, placed unnecessary burdens on people who would otherwise flourish in their peaceful pursuit of free enterprise. Zubair first tried his luck at starting his company in 2014 but was prevented from doing so because of India’s minimum capital requirement, which forced would-be entrepreneurs to deposit Rs 100,000, or 111.2% of per capita income, just to register a business. Zubair could not start his business solely because of this requirement. He was just one of several thousand people prevented from pursuing their dreams due to an arbitrary bureaucratic barrier.

This extra hurdle on the already-difficult path of entrepreneurship held back innovation that had huge potential. Zubair and people like him have the capacity to create a huge social impact through their work. Not only do their businesses create value for their customers and jobs for their employees, but they also contribute to an environment that values human dignity and individual worth. Effecting a change in regulations isn’t easy, but Zubair was not alone.

Empowered by US$150,000 in targeted support, Atlas Network Centre for Civil Society (CCS), which has championed the cause of individual liberty, the rule of law, and free enterprise in India since its founding in 1997, advocated for scrapping the paid-in minimum capital requirement to officials at the Department of Industrial Policy and Promotion (now called the Department for Promotion of Industry and Internal Trade), the body that oversees and promotes business growth in India.

Working to remove this and other barriers imposed on nascent entrepreneurs, CCS’ advocacy campaign eventually caught national attention. In 2017, the law changed and the paid-in minimum capital requirement went from 111.2% of per capita income to “an absolute zero,” as Bhakti Patil, then CCS’ assistant manager for development and strategy, explained. The next year Zubair formally started SNZ Networks Pvt. Ltd. under the trade name of AddtoGoogle. His partner in this venture, Saurav Mahtha, is Hindu—and their partnership embodies India’s cultural goal of “unity in diversity.”

“Small entrepreneurs found it difficult to show rupees one lakh [100,000 Indian rupees, about US$1,408] in their bank accounts,” says Prashant Narang, CCS’ associate director of research. “This requirement made company registration quite cumbersome. Doing away with this barrier has eased the company registration process.”

Zubair now reinvests his success in ways that help his community. He splits his time running his business, pursuing an MBA at Jamia Millia Islamia University to further manage the growth of his firm, and volunteering at WellBeing Foundation, where he teaches computer competency skills that are vital to thrive in the twenty-first century. The organization exists to “provide opportunities for those who have been left out of the system, empowering women who will determine the next generation.”

With Zubair leading the way, AddtoGoogle is a force multiplier for the wellbeing of its employees, their families, and their clients, demonstrating that the success of one company can have a powerful ripple effect on the neighborhood it serves. Removing the prohibitive minimum capital requirement made it easier for Indians to live their lives, to conduct commerce, and to build and expand worthwhile institutions that help sustain prosperity.

Nearly half a billion Indians work with no legal protections and no official recognition of their existence. Zubair might have been one of these people, but being able to register his business has changed his life and put him on a path to success. With the minimum capital requirement gone, worlds of possibility are now open.

When Atlas Network says Zubair’s fight for freedom is our fight for freedom, his story—from being inhibited by poor public policy to becoming free to flourish—illustrates exactly what we mean. His story, multiplied across hundreds of thousands of entrepreneurs just like him, advances India on the path toward greater prosperity.