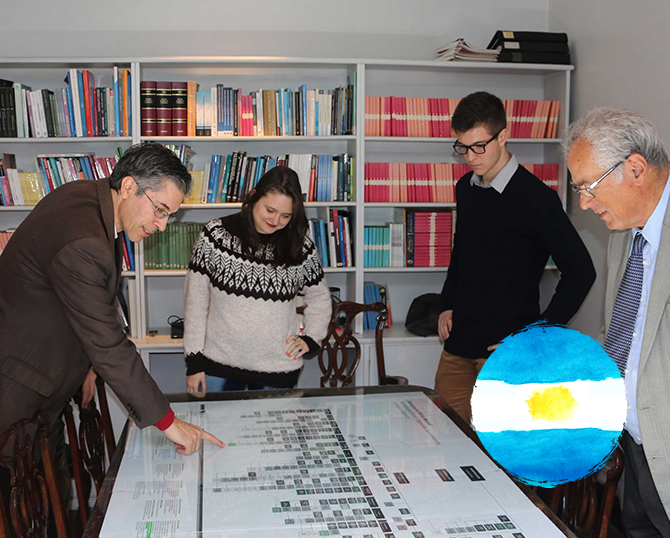 Nobel Prize winning economist Simon Kuznets once said: “There are four types of countries in the world: developed, underdeveloped, Japan, and Argentina,” acknowledging decades and decades of terrible economic decision-making on the part of Argentina’s ruling class.

Argentina was once a wealthy country, at one time reaching economic parity with the United States and welcoming scores of immigrants from Europe who sought opportunity in a new, thriving land. But over a century later, the country has declined from a land of hope for better to a bureaucratic, redistributionist society where the mentality of striving to achieve more has been replaced by the complacency that comes with a vast, government-provided social safe-ty net. But not only is Argentina’s government paternalistic, it is also a hotbed of cronyism and rent-seeking, which only exacerbates the country’s ﬁscal and fairness problems.

In Argentina, people believe wealth and success are things you can achieve only through political connections and favoritism. And this perception is, unfortunately, a reality.
The “notebooks” scandal of 2018 conﬁrmed this rent-seeking culture was still alive and well in Argentina, when a driver who had trans-ported a number of high-level public ofﬁcials revealed that between 2005 and 2015, he had logged bribe transactions worth over $50 million. Prosecutors revealed the amount of money involved in the public corruption scandal was ultimately anywhere between $60 million and $160 million.

Political corruption like this has long been inherent among Argentina’s leadership, and has siphoned money away from the productive sector and into the hands of bureaucrats who squander or abuse it.

Not only that, but the government also employs a large portion of the population. Argentina has 4 million government employees, with 750,000 at the federal level, 2.5 million at the provincial level, and 750,000 at the municipal level. In addition, 6.5 million pensioners rely on the government for their ﬁnances, along with 10.5 million people who participate in social welfare programs. In contrast, among Argentina’s population of 44 million, only 8 million work in the private-sector formally.

Corruption and dependence have led to a massive decline in the country’s economic strength. The people feel this malaise, but because so many rely on the government for their livelihood they are unable to see that the hand that feeds them is the hand that holds them down.

Censuses conﬁrmed continuing economic hardships, with an economic decline of 5.8 percent in the month of September 2018. Unemployment is about 9.6 percent, and labor force participation is below 60 percent.

Libertad y Progreso was founded in 2011 when three like-minded groups merged into one, with the mission of promoting public policies that enhance freedom and encouraging citizen participation in public debate on the role of government in Argentinian society. Its vision is an Argentina transformed into an open society based on respect for individual rights, limited government, private property, free markets, and peace.

With a team of 13 full-time and part-time staffers plus a grassroots arm of 50 volunteers, LyP works to make this vision a reality. Its main pol-icy focus includes education, monetary policy, regulatory studies, tax and budget policy, and government and politics.

LyP is located in the Argentinian capital of Buenos Aires.

LyP set out to do something incredible: To alter the perverse and accepted culture of paying the state to get ahead in Argentina.

The main objectives of LyP’s size of the state report were: First, to inﬂuence policymakers in order to reduce public spending and to design policies that could promote the creation of private employment. And second, to raise awareness on these matters among citizens through both traditional and social media, in order to increase support for governmental reform projects.

LyP succeeded in their objectives by coupling groundbreaking research that fully analyzed and uncovered just how massive Argentina’s bureaucracy had become with the meaningful, actionable steps that could help reduce it.

The group didn’t stop there — they knew that for their ideas to gain traction, people needed to understand the problem and why it mattered to them, with the ultimate goal of public outcry being pressure on the politicians who could see reform through.

La Nación, one of Argentina’s leading news outlets, provided favorable coverage of LyP’s research and messaging. LyP’s innovative explainer video on the need to scale back the massive Argentinian government was viewed over 77,000 times in the last year.

As LyP’s message took root, President Mauricio Macri had to take notice — and he acted on the group’s call for reforms, eliminating redundancies and calling for consolidation in his own administration.

“We believe that the recent restructure of the Federal cabinet, merging 21 ministries into 10, conﬁrms that we are ﬁnally having some real impact in policy making in Argentina,” said Agustín Etchebarne, director general of LyP. “With three years of delay the government is implementing part of our agenda to decrease government expenditures, pressured by the economic crisis. This proves that a small team of professionals using social media, videos, and participating in talk shows and media appearances with clear ideas and perseverance, can inﬂuence the direction of government policies and public opinion.”

Not only did LyP produce groundbreaking re-search uncovering the size and scope of Argentina’s layers of costly bureaucratic bloat, but they also came up with creative ways to spread the word on their ﬁndings to the public. Often, dissenting views are few and far between, especially when they clash with the goals of a powerful government administration.

LyP’s report appeared ﬁrst on the cover of La Nación, seven TV talk shows, 19 radio stations, 37 newspapers, and received 690 additional mentions in other media outlets. This kind of media attention attracted the attention not just of the people, but also the people in power.
Because of LyP’s public awareness campaign and after the widespread media coverage of the report, President Mauricio Macri ultimately felt compelled to say publicly that Argentina must “leave behind the harmful intervention politics of converting the State into an endless source of jobs for friends, family, and partisans.” This was an astonishing victory in itself, as LyP exposed it was Macri’s own administration that had grown 25 percent since the president’s inauguration in 2015. 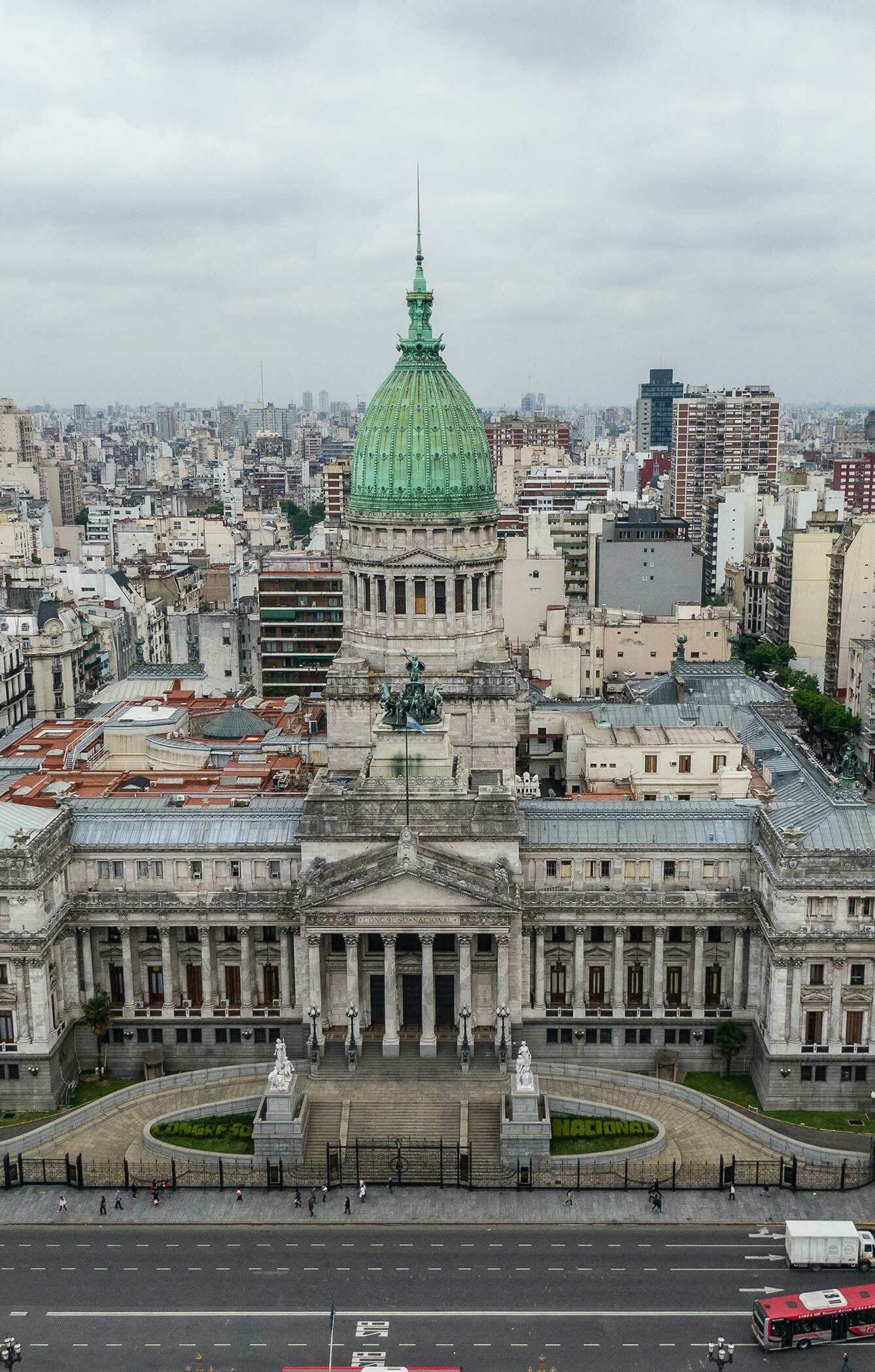