‘India Awakes’ explains a country's rise from poverty to prosperity 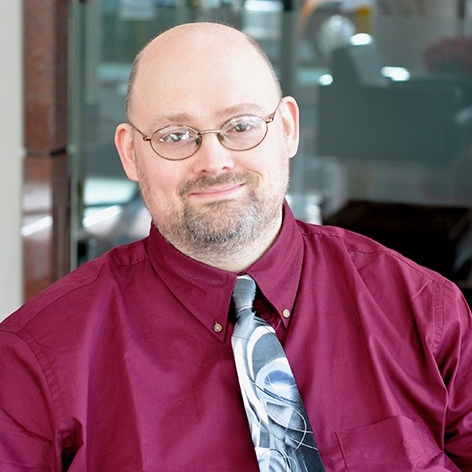 Ambrish Mehta, a founding member of ARCH-Vahini, a non-governmental organization, helped the Sagai Village map out the land they farm so that they might ultimately be given deed to their land. Photo credit: James Tusty

What makes the difference between poverty and prosperity? For individuals and families, there could be an endless number of variables, such as health, intelligence, education, initiative, perseverance, community, or opportunity. At least some circumstances vary widely in every case. When almost an entire society begins to rise from poverty and approach prosperity, though, it’s important to understand how and why it happens. India Awakes, a new documentary airing on public television stations throughout the United States, hosted by Swedish author and economist Johan Norberg, tells the story of how a country mired in poverty for hundreds of years has seen a dramatic change of course in the space of only a couple of decades.

Watch the trailer for India Awakes:

India has experienced a long history of deprivation, much of it resulting from centuries of a caste system that kept people regimented by genetic lineage into class, status, and even occupation — some, like the Dalit, also known as “untouchables,” are shunned entirely by higher castes. This alone would be enough to keep economic activity at a crawl, because it prevents capital, labor, and entrepreneurial insight from flowing to the best, most productive uses. An even bigger strike against prosperity came in the late 1940s, after the British granted India’s independence and the new government sought to alleviate poverty by embracing socialism and its central planning — nationalizing industries, building a maze of bureaucracy, erecting extensive trade barriers, and controlling every aspect of the sprawling economy.

Even granting that India’s leaders had good intentions, their actions were disastrous. India only plummeted further into hardship, with more than half of the population living in poverty by the 1980s and a financial crisis fast approaching. Redistribution may alleviate some poverty temporarily, as long as there are still productive sectors of the economy from which to take, but as economic activity grows scarce, there’s little left to redistribute.

Despite India’s bleak prospects only 25 years ago, something remarkable has happened between then and today. In 1991, a new prime minister began a series of economic reforms, reducing India’s central control of the economy and opening the country to an influx of foreign investment. These reforms weren’t perfect, and could have gone much, much further, but even this relatively small degree of new economic freedom began to work wonders. Within a decade, the average income in India had doubled, and nearly 250 million people — about a fifth of the population — have risen out of poverty since then. A new middle class has exploded, bringing extended families and villages into a newfound and solid quality of life.

With such a dramatic turnaround in nationwide prosperity, the question becomes how India can sustain its progress and bring the benefits of this new era of opportunity to the people who are still struggling. There are an estimated 25 million street vendors in India, who sell everything from food and clothing to transportation and electronics — and, despite their prevalence throughout the country, they have often been denied legal status or recognition. This has begun to change in recent years, often thanks to organizations like Atlas Network partner the Centre for Civil Society, which recently filed a lawsuit on behalf of the street vendors in Jaipur, the capital of the Rajasthan state in northwest India. Banwari Lal Sharma, one of the entrepreneurs featured in India Awakes who started his first food cart with his wife more than 20 years ago, expanded their business through tireless work but struggled under India’s epidemic of public-sector corruption, bribes, raids, confiscations, and evictions. He is now president of a growing association of street vendors, fighting for their legal status and protection, which also enables them make longer-term entrepreneurial plans, invest in better goods and production, build a better quality of life, and create jobs for others.

India’s population also contains a sizable population of agrarian tribal people, who live in the hills away from mainstream society. During India’s period of British rule, their traditional forests and common lands were declared the king’s property, and the people whose families had farmed and hunted that land for centuries suddenly found that they were criminals for living the only way they knew. The status of their lands didn’t change once India gained independence, and so tribal villages were often subject to raids, property seizure, and forced eviction by government officials. As with the uncertain status of street vendors, tribes found that their precarious legal position left them without any reason to invest in efficient cultivation, or to improve their homes, lands, or other property that could be destroyed or taken at any time — and they gained a strong incentive to extract as many resources as possible from their depleting surroundings.

The government finally passed legislation that would grant indigenous tribes legal title to specific parcels of land that they could prove they had been cultivating prior to passage of the law, but even this significant step didn’t offer much of a practical solution. How could destitute villagers prove their past farming, especially when they had tried to keep their activities as secluded as possible? India Awakes tells the story of one village, led by a Sagai tribal leader named Rama Bhai, whose applications were almost all refused. Ambrish Mehta and his wife Trupti, working with the NGO Action Research in Community Health and Development (ARCH), introduced the tribe to new technology — an innovative combination of GPS plotting and archived Google Earth satellite images of their land — that eventually allowed them to prove their property claims and acquire legal title to their traditional lands, as well as a new future of security and investment in efficient production. Barun Mitra, president of Atlas Network partner the Liberty Institute, has helped promote and expand the innovative work that ARCH began.

“This is not rocket science,” explained Tom G. Palmer, Atlas Network’s executive vice president of international programs, in an interview for India Awakes. “All the way back to Aristotle, people understood: If you can’t own it, you won’t improve it. And now we’re seeing on the ground that when people gain that ownership right, they invest. They improve, because they want a better life, like everybody.”

India has a long way to go, and many people have yet to achieve the newfound prosperity arising throughout the country. It’s evident, though, that economic freedom is the crucial ingredient in India’s recovery. One of the most dramatic stories of change in India Awakes belongs to Mannem Madhusudana Rao, a member of the “untouchable” Dalit caste whose family sacrificed everything to give him an education. After he left his rural village for city life, his entrepreneurial initiative gave him business success — and his ambition and perseverance helped make him a millionaire in the construction industry. When economic freedom is ascendant, people care far more about the value that others provide than about their family background.

India Awakes demonstrates that the more the people of India are able to build, produce, buy, sell, trade, and invest with one another — and with the rest of the world — the more each person’s unique talents and skills can find their own valuable niche in meeting the needs of others, creating new wealth and opportunity at every turn.