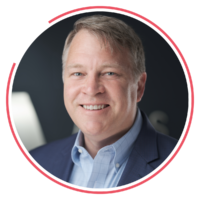 Brad Lips is the chief executive officer of Atlas Network, which increases opportunity and prosperity by strengthening a global network of independent civil society organizations that promote individual freedom and remove barriers to human flourishing. Since he became CEO in 2009, the budget of Atlas Network has more than doubled and the scope of its programs has extended worldwide. He is the author of Liberalism and the Free Society in 2021, as well as another monograph titled The Freedom Movement: Its Past, Present, and Future. Lips is a member of the John Templeton Foundation, Templeton World Charity Foundation, and Templeton Religion Trust. He serves on the boards of directors of the American Friends of the Institute of Economic Affairs and the Institute of Economic Studies—Europe. As a member of the Mont Pelerin Society, Lips chaired the Organizing Committee of its General Meeting in 2016. Prior to joining Atlas Network in 1998, Lips co-founded an Internet start-up, conducted equity research for Smith Barney, Inc., and worked in a policy research capacity for the Progress & Freedom Foundation. He has spoken on five continents on solutions to poverty, and his work has been published in The Wall Street Journal, Regulation, National Review Online, Investor's Business Daily, The Daily Caller, Forbes, Fox News, American Spectator, American Thinker, and RealClearPolitics. Lips received his MBA from the Goizueta Business School of Emory University and his undergraduate degree from Princeton University. Brad lives with his wife, Stephanie, and their four children in Falls Church, Virginia.

High-resolution headshot for media, editorial, and approved event use.