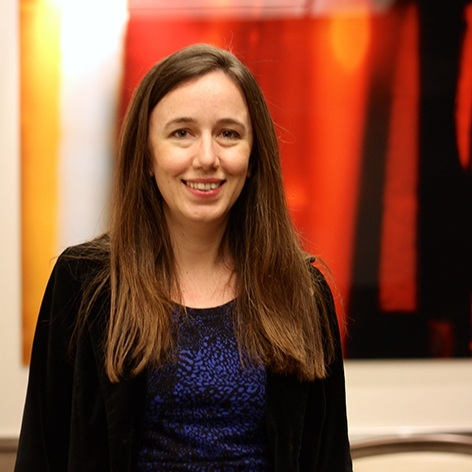 Argentina has suffered over the last 12 years as a result of a government that has implemented inefficient populist policies, leading to stagnation and an overall decrease in prosperity. The state became increasingly involved in both the public and private lives of Argentines during the successive presidencies of Néstor Kirchner and then his widow Cristina Kirchner.

My organization, Libertad y Progreso (Spanish for “Freedom and Progress”), was formed in the midst of this storm when three small Buenos Aires–based organizations merged to create an independent think tank. Its directors — Aldo Abram, Manuel Solanet, and Agustín Etchebarne — abandoned their comfort zones in the private sector and dedicated themselves full-time to steering Argentina’s intellectual climate toward individual liberty.

Working alongside them throughout this process was an enriching experience for me, and a great personal challenge. I had previously worked in education at a foundation with Eduardo Marty, a great freedom fighter in our country. While there, I first became aware of the benefits of a free-market economy and a free society, although I still didn’t fully believe in them. Working at Libertad y Progreso, first with Agustín Etchebarne and later with Aldo Abram and Manuel Solanet, I started reading more about the ideas of liberty and understanding why Argentina will never again be prosperous unless it returns to the path of freedom.

When we were all getting started in the think tank world, one of the first and most important steps we took was to enroll in Atlas Leadership Academy (ALA), in order to ensure that key team members were trained. This helped make our work as efficient as possible, given our scarce resources. At ALA, I learned the basic principles of organizational management and strategic planning, many of which still guide my work today. Furthermore, ALA allowed me to develop valuable relationships with intellectual entrepreneurs and think tank leaders from all around the world, many of whom I still maintain contact with today. We have not only collaborated on various projects throughout the year, we have also developed meaningful and lasting friendships in the process.

We knew that 2015, an election year in Argentina, would strongly determine our country’s path forward. We also knew that the voices arguing for freedom and change were being drowned out by populist rhetoric. With this in mind, we took the stage at Atlas Network’s Think Tank Shark Tank Competition to compete for part of the funding that would allow us to launch a video series on YouTube. We hoped these videos would offer Argentines an alternative to the populist lies that they had been told for years. Although we did not win the competition’s top prize, two judges believed in our vision so much that they decided to fund our project themselves. With that, the “Aprender Volando” (“Already on The Road to Serfdom”) video series was born.

The impact of this project was overwhelming. We have had more than 8 million views, and the videos have played a role during an important moment in Argentina’s political history. Several politicians used “Aprender Volando” videos during their campaigns in order to show that there is an alternative to populism. One candidate in particular, Mauricio Macri, was shown the “Populism vs. Republic” video during a broadcast interview and asked whether he agreed with its content. Not only did Macri say yes – later in his campaign, the future president of Argentina told a TV news journalist to show our “Aprender Volando” video to understand why the country must turn away from destructive populism. We are so proud to have played a role in this sea change in ideas in Argentina that was reflected in Macri’s election.

My involvement with ALA has not only supported and reinforced my intellectual journey, but it has played an instrumental role in the work I’m doing at Libertad y Progreso. Our challenge now is to help show the new government which choices will work best, sustain our efforts to influence the intellectual climate and public opinion, and continue working to achieve a broad cultural change. We must help the public understand why they should demand better economic policies and a government reined in by the rule of law, transparency, and accountability.