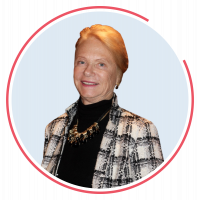 Formerly served on the Board of Directors of the Niskanen Center

Kathryn Washburn formerly served on the board of directors of the Niskanen Center, which is named after her late husband, William Niskanen. Before retiring, she was director of international affairs at the U.S. Department of the Interior. She retains a strong interest in foreign affairs, including property rights in developing countries. Washburn is active in historic preservation and several charitable boards on the eastern shore of Maryland where she resides in the summer, including Coastal Hospice and the Princess Anne Main Street Partnership, where she serves as president. She has a bachelor’s degree from UCLA and a master’s degree from George Washington University. She lives in Santa Barbara, Calif., during the winter.