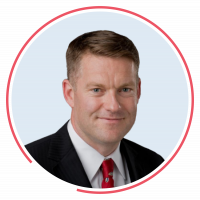 Niels Veldhuis is President of the Fraser Institute, Canada’s top ranked think-tank and among the top 20 globally, according to the University of Pennsylvania’s Global Go To Think Tanks Report. Niels has written six books and more than 50 peer-reviewed studies on a wide range of economic topics. In 2011, he was awarded (along with his co-authors) the prestigious Sir Antony Fisher International Memorial Award for the best-selling book, The Canadian Century. Niels is in high demand for his opinions and perspectives on major economic and social issues, appearing regularly on radio and television programs across Canada and in the United States. He has written more than 200 articles that have appeared in over 50 newspapers including the Globe and Mail, Wall Street Journal, National Post, and the Economist. Niels is best known for his ability to explain matters of government policy in a down-to-earth manner, making them easily understandable. He travels widely across North America, speaking to business groups, corporate gatherings, voluntary organizations, and students. In 2011, Niels led a discussion between former U.S. presidents Bill Clinton and George W. Bush at the Surrey Economic Forum. Niels holds a Bachelor’s Degree in Business Administration, with joint majors in business and economics, and a Master’s Degree in Economics from Simon Fraser University. In 2010 he was named one of Vancouver’s Top 40 under 40 by Business in Vancouver.